More than half a million Americans today are homeless, and experts estimate that between 5-20 percent of them live with a pet, depending on the region of the country. Homeless pet owners have plenty of love for these loyal companions, but often lack the financial ability to give their best friend the kind of healthcare they need. To help the animal companions of the homeless, American Humane, the country’s first national humane organization, held the first of a nationwide series of free veterinary clinics to provide lifesaving services to these beloved pets, including exams and vaccinations, including rabies with certificate, deworming, flea, tick and mite treatment, microchipping, nail trimming, treatment for infected skin and ears, and treatment for arthritis and other pain-related conditions. Vital support and medical supplies for the Los Angeles clinic were provided by VIP Petcare and The People Concern. 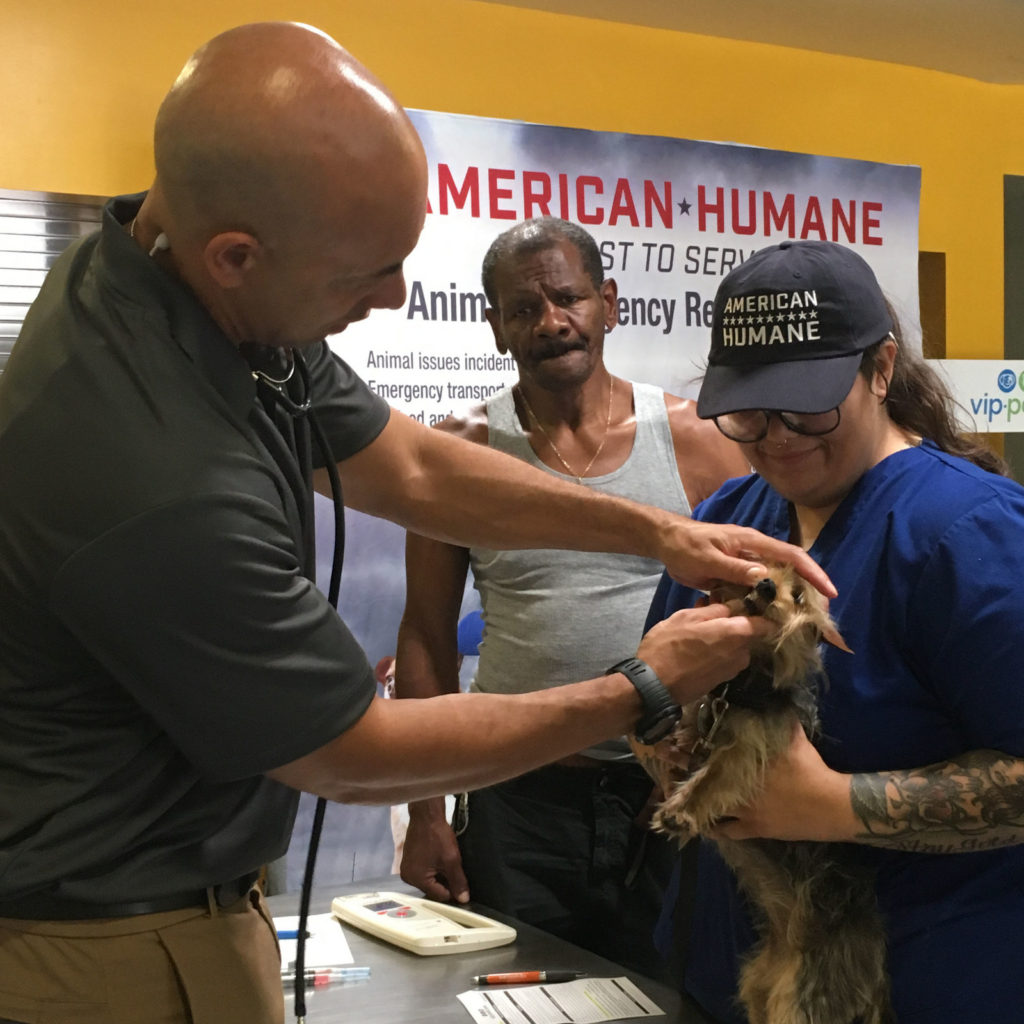 American Humane, which for 140 years has been first to serve in the protection of animals, launched an effort to help members of one of the most vulnerable groups — pets of the more than 500,000 homeless individuals living in the United States today. (PRNewsfoto/American Humane)

“As a veterinarian overseeing the American Humane Rescue program, my job is to help those in greatest need,” says Dr. Kwane Stewart, Chief Veterinary Officer for American Humane, which has been saving and sheltering animals in disasters for more than 100 years, and administers the “No Animals Were Harmed®” program, helping ensure the safety and well-being of animals in film and television. “Perhaps the most overlooked animals in America are those who serve as the closest companions to those without homes. American Humane has been working for 140 years to unleash and unlock the power of the human-animal bond; By serving these most vulnerable animals, we can touch not one but two lives.”