REGISTER TO RECEIVE NEWS UPDATES >>
You are at:Home»Guest Interview»Interview with the Award-Winning Fran Pennock Shaw
By Good News For Pets on July 10, 2015 Guest Interview

Fran Pennock Shaw is an award-winning freelance writer and former newspaper reporter with a specialty in covering animal health and research issues.

She recently was named the recipient of the Winn Feline Foundation Media Appreciation Award, has published approximately 300 companion animal articles in newspapers, magazines and newsletters and has been honored about 50 times by the Cat Writers’ Association (CWA), Dog Writers’ Association of America, the Pennsylvania Veterinary Medical Association and many others. She is the author of Gotta Love Cats, published by Barron’s Educational Series, and was a contributing writer for Symptom Solver for Dogs and Cats by Rodale Press, as well as the Adams Media anthology: Cats Do It Better Than People. Shaw is a past president and former treasurer of CWA and remains active in that organization. 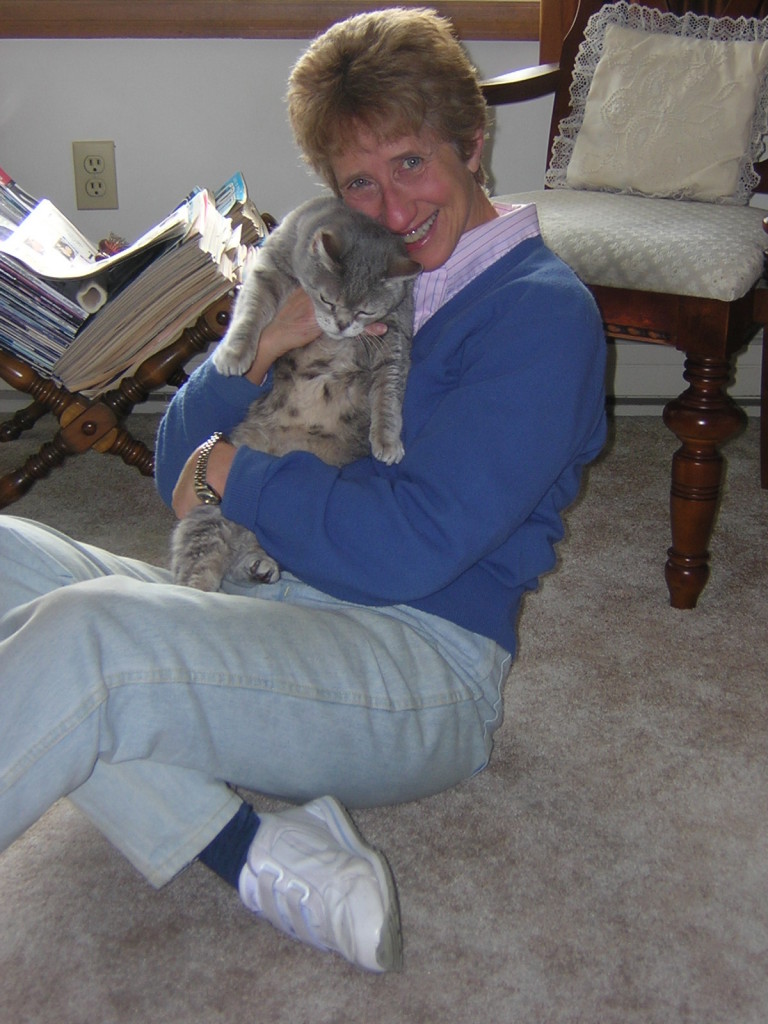 Everyone has a story to tell about how they became involved writing about pets. What is yours?

I was a full-time newspaper reporter, then a part-time correspondent and special edition editor, then a public relations director for a school agency. It took me a decade before I realized that I liked animals more than people. So I began writing about them, starting with my dog Tuffy who had developed idiopathic epilepsy. Kim Thornton published it in Dog Fancy and I was on the road to stardom!

What is it about newspaper writing that you love so much and what are the skill sets you’ve learned over the years that are important to translate to today’s writing – not matter if it’s for a newspaper, a blog or a magazine?

Not sure I LOVE newspaper writing, but I majored in journalism because I wanted to inform and educate people, to be a “watchdog” for the public. The key to good nonfiction writing, no matter what the venue, is accuracy, accuracy, accuracy! I learned the importance of thorough, balanced articles and making my topic interesting and understandable to the reader. Beyond that, professional reporting taught me to be organized, set deadlines and be comfortable interviewing strangers. The one journalism skill I never really mastered was brevity, as you can see.

That’s simple — Amy Shojai. I knew Amy only by reputation when she sent me a nice note saying she liked an article I’d written, and by the way, would I be interested in joining CWA, which she and three other people had just formed? I did. Then I entered CWA’s first writing contest and was honored to receive a couple awards. Soon after, they asked me to run for treasurer. I was so flattered, I said yes without thinking. But I’m forever grateful. I’ve met many professional, mentoring, friendly writers in CWA. It almost makes me like people!

You are this year’s recipient of the prestigious Winn Feline Foundation Media Appreciation Award, recently announced at the BlogPaws 2015 convention. You’ve won quite a few awards. What was special about this one?

Honestly, every award is special to me. But as I said at the presentation, the Winn Feline Foundation Media Appreciation Award means a lot because it comes from an organization I admire that is doing a great deal to further our knowledge and improve the health of cats. Plus, this comes at a time when I’m growing nostalgic, so I’m looking upon it as a kind-of lifetime achievement award for the pet health writing I’ve been doing for nearly 30 years.

Writing about complex animal health and research issues in a way that is easier for the pet owner to understand the needs of their pet is a talent you are noted for, what inspires your writing?

It’s more perspiration than inspiration! But I enjoy “translating” the important studies of researchers like Alfred Legendre at the University of Tennessee who is making inroads into FIP; Jessica Quimby at Colorado State University, undertaking multiple projects on feline kidney disease; Gerlinde Van de Walle at Cornell, trying to cure mammary cancer; legendary researchers Neils Pedersen at the University of California-Davis and Leslie Lyons, at the University of Missouri, unlocking the keys to DNA and RNA based diseases and traits; Nicholas Dodman at Tufts, searching for the genes causing compulsive behaviors. I could go on and on. I love the promise of research.

Can you tell Goodnewsforpets more about your philosophy that “Cats Do It Better Than People”?

I heartily agree with the concept behind the anthology. I contributed several stories on the theme that cats demonstrate and teach us admirable qualities such as common sense, courage, loyalty, self-respect. But basically, I think cats are experts at getting their people to do everything for them!

What has been your favorite piece of work throughout your award-winning career and why?

It’s impossible to pick just one. I am very proud of two series I did for the old Cats Magazine: one explained the first assemblage of the feline genome and what potential lay in studying DNA; the other series presented the debate over “new” natural products and nutraceuticals. That tells you how old I am! I also really enjoyed writing more recent articles about cat vocalization/communication and stem cell research.

Do you currently have any exciting projects in the works?

I just finished an article — well, two articles, one cat and one dog version — about nutritionally managing chronic kidney disease. I wanted to learn more about it because my 17-year-old cat Willow has been diagnosed with CKD. Now I’m cutting back on my workload so I can spend more time with her and my husband (I won’t give his age) who retired early a couple years ago and has been waiting patiently for me to join him in the fun!

The CWA contest is now open for submissions. As a Muse Medallion award-winning author and writer, what would you say to someone entering this contest and what has winning this award done for your professional career?

Don’t be afraid to enter; you can only win if you try. Even being nominated for an award is an accomplishment — really! That recognition has made me confident enough to keep writing, since this is profession with little feedback. That’s why I also encourage folks to go to the annual CWA writing conference and the awards banquet, to attend the seminars, to meet, network and learn from editors and other professionals.

Borrowing from Dickens, this is both the best of times and the worst of times for writers. Traditional markets are dying out or morphing into something as-yet undetermined. Anyone can write on online venues and reach huge audiences. That means professional writers have a responsibility to uphold the standards of good journalism. When you are your own solitary assignment editor, copy editor and publisher, there are many pitfalls. Writers on companion animal topics must remember that what they say can really affect the lives of pets for better or worse. So please write responsibly!