REGISTER TO RECEIVE NEWS UPDATES >>
You are at:Home»Pet IQ»How Many New Breeds Will Be Introduced at Westminster Kennel Club this year?
By Zinaejah Ozier on May 19, 2021 Pet IQ

Four new breeds will be introduced this year at the Westminster Kennel Club Dog Show. These breeds are AKC (American Kennel Club)-recognized and will now be a part of the previous 209 eligible breeds. These AKC registered breeds are dogs whose owners have submitted an application and received approval through a certificate from the club. The four new breeds are as follows:

This breed is a medium-sized dog and has appeared in artwork since the 16th century. Its shape holds a rectangular stance alongside a long tail. Speaking of long, this breed possess a long coat of curly hair, not to mention its very distinct beard. Primarily used as a locator and retriever of birds, this breed holds a cheerful energy as well as a very social and loyal spirit. 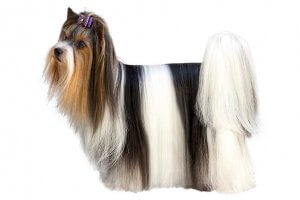 Believer it or not, this next breed is pronounced like beaver. As a friend to whoever it meets, the Biewer Terrier greets associates with a smile and is not shy to make an alert when new comers are near. Despite its small stance, these creatures are athletic and is sure to be the life of the part for hours with its child-like point of view. 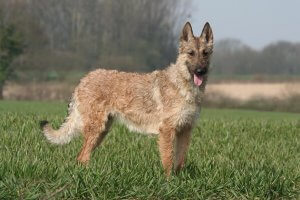 As the rarest of the Belgian herders, this breed is strong and stands out from the others with its rough coat that usually comes in both red and gray tones. Its dark, round eyes emphasizes its extreme protective nature of its master and territory. Its needs include a regular brushing, bathing, exercise, and affection from its loved ones. 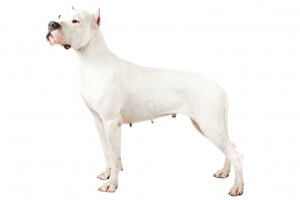 Last, but certainly not least, this breed comes with a great package. Its large and powerful tendencies complement its strong and powerful head. Every strong head comes with a thick neck to keep up with its sturdiness. Even further, the Dogo often explodes with great power and energy, with its courageous bones intact at all times. Although its short, white coat remains plain, his personality and build stands as a double take to all who look.