For years, Ed King didn’t have a care in the world, admittedly did drugs in his younger days and was caught up in the frenzy and travel surrounded by being the lead guitarist for the famed Lynyrd Skynyrd band in the 1970s, before leaving the group in 1975. 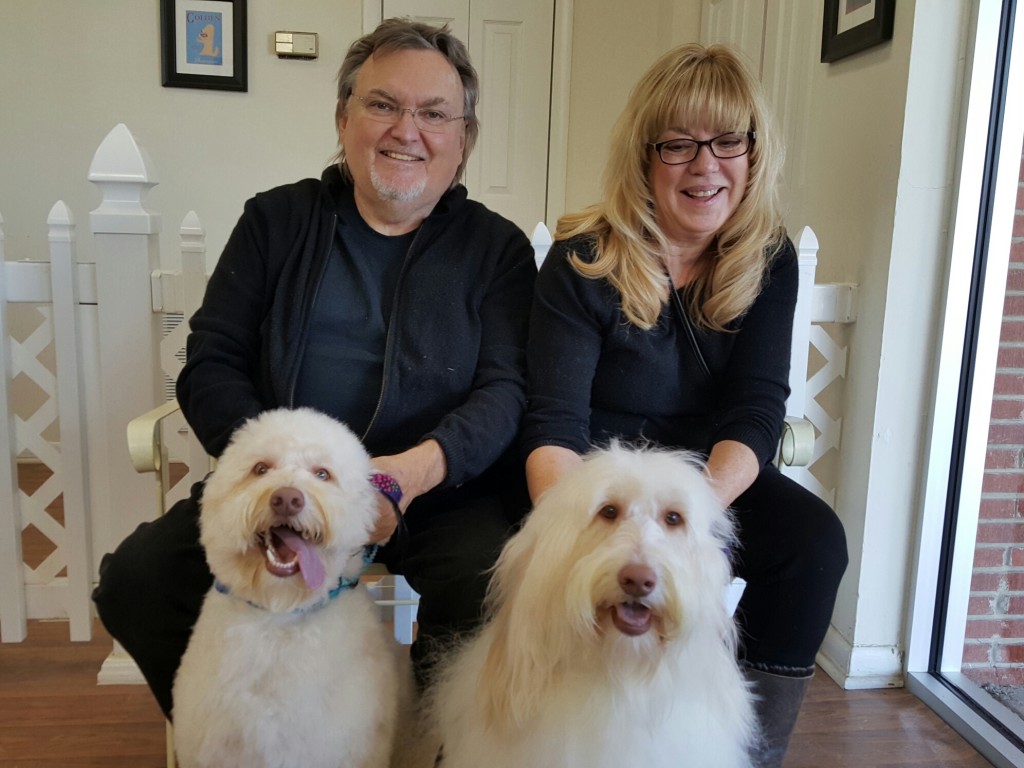 At the Dog Groomery in Nashville, Ed King and his wife, Sharon, relax with their English Goldendoodles, Petey, left, and Ollie. (Photo Courtesy of Ed King)

He rejoined the Southern rock bunch in 1987 when it reunited but was forced to leave in 1995 due to congestive heart failure. A terrific songwriter, he co-wrote the hit, “Sweet Home Alabama” while with the band. Less stress, less travel and improved living conditions enabled King to move forward smoothly until 2010, when his health deteriorated and he was put on a heart wait list at Vanderbilt Medical Center.

Pre Lynyrd Skynyryd, he was a founding member and guitarist for the Los Angeles-based band, Strawberry Alarm Clock, in the mid ‘60s. “Those were hard-living days,” he admits. “Kinda living on the edge most of the time.”

But all that’s changed. Today, the 67-year-old is retired, residing on two acres in the Nashville suburb of Old Hickory with his wife, Sharon, and their two best friends, English Goldendoodles, Ollie and Petey.

On Jan. 21, 2012 he received a heart transplant and remained in the ICU for 100 days. During the long stay, his limbs atrophied, resulting in an inability to lift anything of consequence or walk.

Upon returning home in a wheelchair, he was greeted by his two older dogs, a border collie and a mixed breed. One died soon after and the other passed last year.

“Even though friends advised against it, Sharon thought it would be smart to get a young dog to interact with me and encourage me to get up and get moving,” says King. 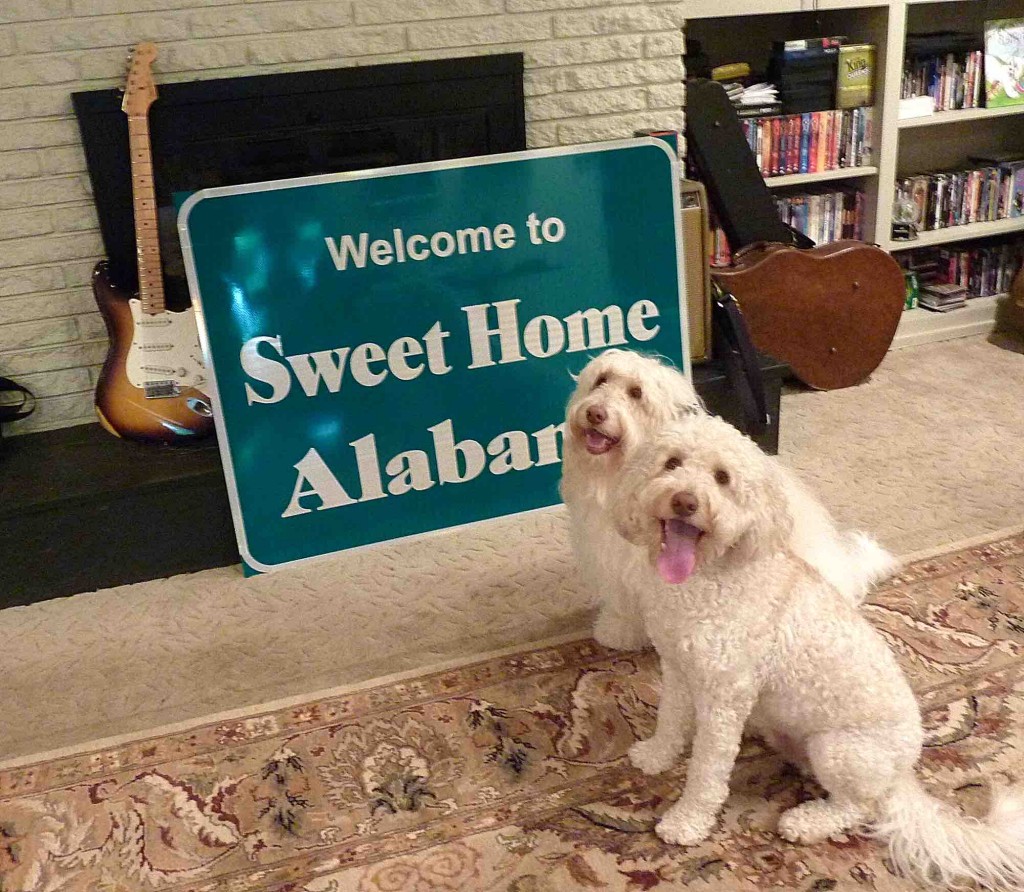 She researched a number of kennels in the Southeast before settling on the Smeraglia Kennel in Robertsdale, Alabama, which breeds English Goldendoodles, an English Golden Retriever/Poodle mix with a “Teddy Bear” head and a non-shedding coat.

“We talked it over,” recalls Sharon King, “and decided this was the perfect dog for us. The kennel has a great track record and is known for training both therapy and service dogs. I saw the photo of Ollie on the website and figured someone else owned him. When I got on the phone with the owners, I was told he was available, so I simply pulled out my credit card and purchased him right there. I just had a feeling he was meant for us.” Ollie was air-transported from Alabama to Nashville soon after.

Through the recovery process, King was admittedly in a funk and needed someone or something to push him forward. Eight-weeks-old Ollie, who was born on Cinco de Mayo, arrived July 7, 2012. What followed was akin to dark clouds giving way to bright sunshine.

“From the moment he walked into our house, he didn’t miss a beat,” says the musician. “He bonded quickly with our older dogs and became my constant companion and comforter. Quite frankly, I am not certain I would have made it through the two-year recovery process without him. He basically saved my life! 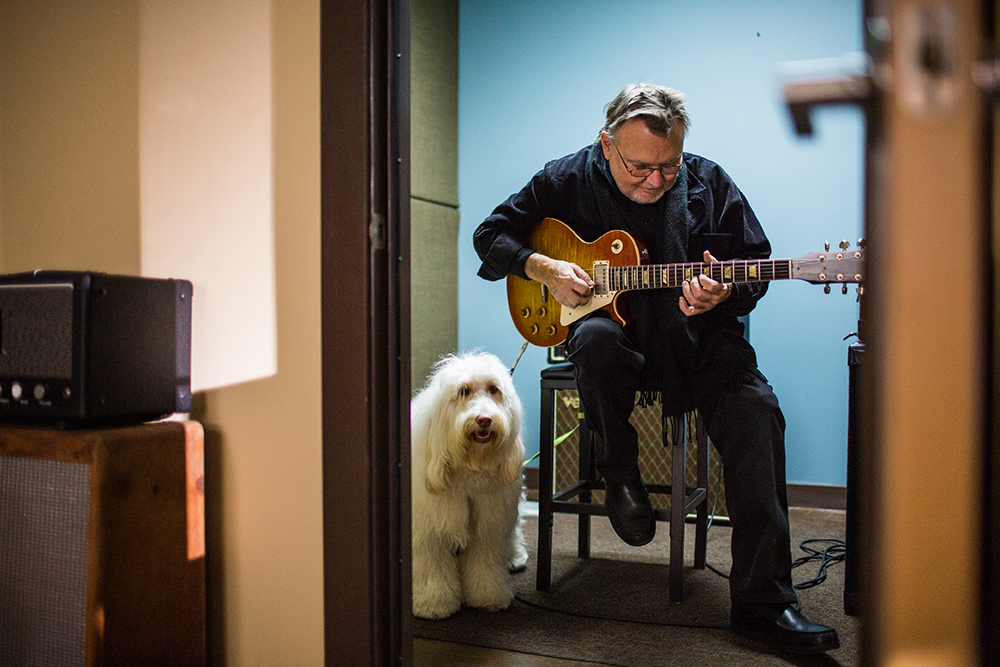 “His upbeat attitude is infectious. He took the focus off of me during that emotional bumpy ride and made everything about us. And he made me laugh every day, which was therapeutic, too.”

After the couple’s second older dog died in 2015, they purchased Petey, another Goldendoodle from the Alabama kennel. In fact, the dogs have a common father.

“We chose Petey because we heard that two were better than one,” laughs King. “This time we drove down to the Gulf Coast (445 miles) to pick him up. They have been inseparable since Day 1. True buddies.”

The Kings take them everywhere. Their chief outside activity is boating, as they live on the Cumberland River. “They love the boat,” he adds, “and like any Velcro dogs, they just want to be close to both us all the time.”

While the Ollie and Petey Show features plenty of entertainment and breezy, unassuming charm, these life-changing doodles reflect a sharp-edged insight, intoxicating blend of passion and resilient can-do spirit. In other words, just what the doctor ordered.