Will your dog be howling at the moon or your cat acting crazy at mid-day next week when the moon and sun cross paths on August 21?

The natural phenomenon known as a total solar eclipse occurs when the moon’s dark silhouette moves in front of the solar orb, darkening the sky except for the corona of the sun surrounding the edges of the moon. 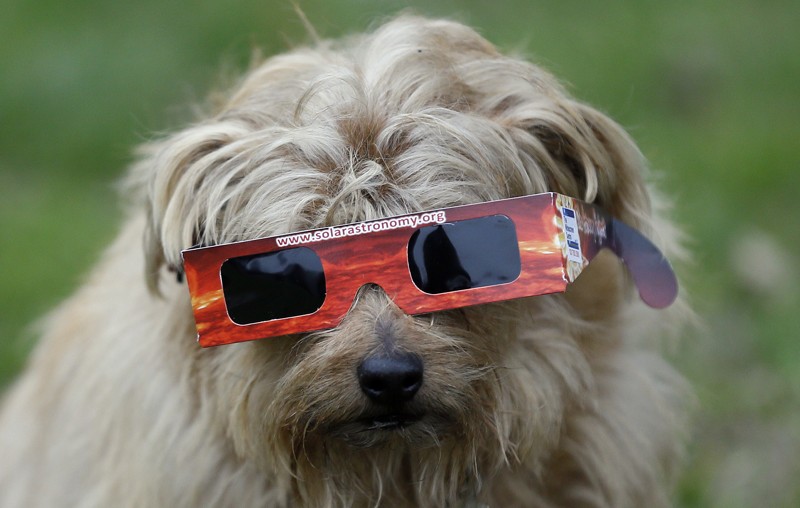 In days gone by, before there was widespread knowledge of astronomical science—the way that the earth spins on its axis and revolves around the sun, with the moon orbiting both the earth and the sun—humans feared the occurrence of eclipses, believing that they heralded dark times or were caused by supernatural beings. Not surprisingly, some of the myths surrounding solar and lunar eclipses featured animals.

In Korean folk tales, mythical fire dogs known as Bul-Gae chased the sun and the moon. An eclipse occurred whenever one of them managed to catch one of the celestial bodies, the dog’s mouth extinguishing the light. Just like a dog who doesn’t know what to do if he catches a car, the Bul-Gae were forced to relinquish their prizes because the sun was too hot to hold and the moon too cold.

Ancient Egyptians believed that the darkness of a solar eclipse was caused by a war between the sun god Ra—who took the form of a cat in battle—and Apep, the god of darkness. When the sun disappeared, Ra had been defeated, and when the light returned, it meant he had defeated evil.

Peruvian dogs had a rough time during solar eclipses. People beat them in an attempt to get them to howl, thus chasing off the entity that was devouring the sun, according to astronomer E. C. Krupp, director of the Griffith Observatory in Los Angeles.

Have you been wondering whether your dog or cat will react to the upcoming solar eclipse or if you need to take precautions to protect his vision during the celestial event? People have been known to blindfold their pets in the belief that exposure to an eclipse would cause them to go blind.

“Over the years, at Griffith Observatory, we have received from the public a few inquiries about pet safety,” Dr. Krupp wrote in an email. “In the November 1975 issue of the Griffith Observer, Griffith Observatory staff member Ronald Oriti reported a phone call taken at the Observatory: ‘Another man, when told the eclipse had ended a half-hour ago, thanked the girl on the phone and said that now he could take the blindfold off his dog.’ Perhaps his is the only dog on record who likes to watch eclipses.”

The good news is that your pet doesn’t need a blindfold, sunglasses, or any other protection. We talked to an expert to get the scoop.

“Staring directly at the sun can burn the retina, but pets typically aren’t going to be doing that anyway,” says veterinary ophthalmologist Cindy Mar, DVM, who practices at Southern California Veterinary Specialty Hospital in Irvine. 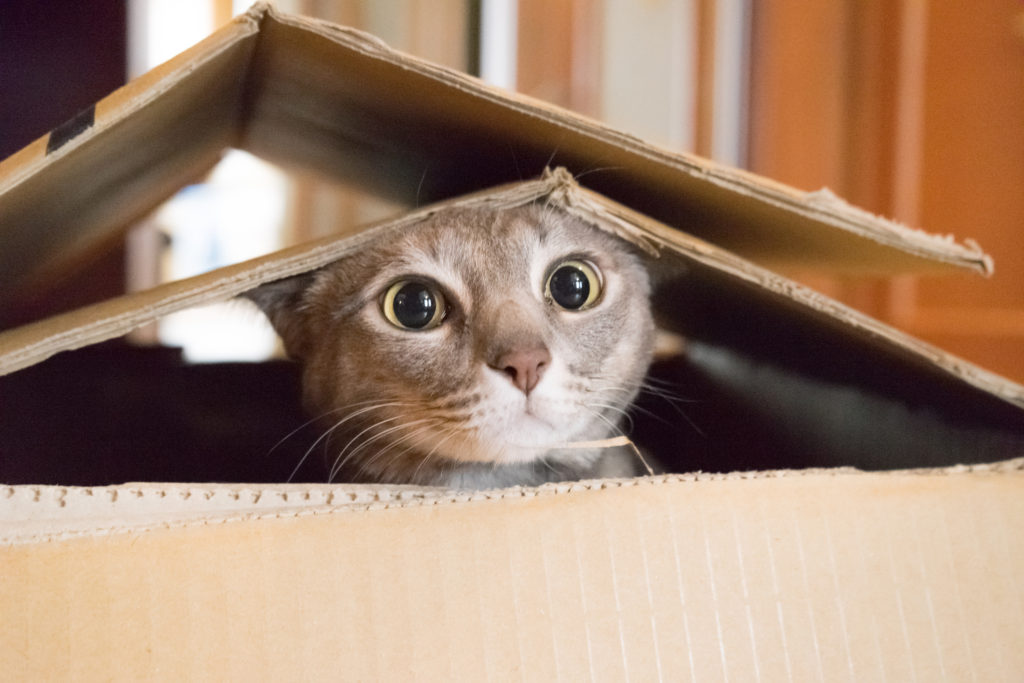 In fact, dogs and cats have better vision in low light.

Your pet might not chase the eclipse away, but he could keep you from running into a tree.

Will the unexpected darkness frighten your pet?

“A lot of domestic animals probably won’t be distressed by the eclipse,” says board-certified veterinary behaviorist E’Lise Christensen, DVM, a Fear Free certified practitioner. “However, those with night blindness or sleep/wake cycle abnormalities may exhibit symptoms. Patients with thunderstorm phobia who trigger when the sky darkens may show signs of distress like panting, pacing, urination, defecation, whining, trying to get close to family members, or hiding.”

Ways you can help pets feel safe include closing the curtains, playing light classical music, diffusing a small amount of lavender essential oil or species-specific pheromones such as Feliway or Adaptil, or giving your pet a special toy such as a food puzzle. Playing a pet’s favorite games such as tug or fetch is another way to make triggers less scary, Dr. Christensen says. Most important, don’t punish signs of fear, anxiety, or stress. That can make distress more intense.

In most cases, your pet won’t even notice the eclipse, and you can be free to enjoy the sky show with him.

For more from E’Lise Christensen, see her special column based on her chapter in the book Decoding Your Dog included in our American College of Veterinary Behaviorists (ACVB) column series.