REGISTER TO RECEIVE NEWS UPDATES >>
You are at:Home»News»Heather Loenser, DVM to be Honored at Global Pet Expo 2016
By Good News For Pets on December 20, 2015 News, Veterinary News 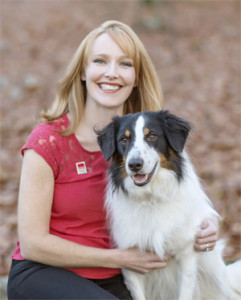 Dr. Loenser will personally accept the award Thursday, March 17, 2016 in Orlando, Florida at The Purina® Media Reception at Global Pet Expo.  This media-exclusive event is held in conjunction with Global Pet Expo, recently named Trade Show Executive’s Greatest Show on Earth, taking place March 16 – 18, 2016 at the Orange County Convention Center. Global Pet Expo attendees include independent pet product retailers, distributors and mass-market buyers, media and other qualified individuals from the pet industry and is not open to the public. Global Pet Expo is the largest annual pet products trade show in the world.

Dr. Loenser has spent almost a decade practicing emergency veterinary medicine, comforting pet owners and their pets in their greatest times of crisis in emergency veterinary hospitals, most recently in the New York metro area. In 2015, she joined the American Animal Hospital Association (AAHA) as their staff Veterinary Advisor in Professional and Public Affairs. Previously, she had been on the Board of Directors for AAHA and various committees with a focus on animal ethics and welfare, and social media. In addition, she facilitates communication and pain management workshops for veterinarians and has taught pre-veterinary technician students.

Her passion for pets and teaching also led to another facet of her exciting career. As a sought-after guest on TV and radio, Dr. Loenser shares her expertise on a variety of issues with animals, including breaking news, emergency medicine, behavior and lifestyle tips. She has been a frequent contributor to the TODAY Show and Fox News, as well as Dr. Oz, Kelly & Michael, Martha Stewart Radio, Meredith Vieira, and local television in New York City, Philadelphia, New Jersey and Washington, D.C. She is also a guest blogger on many popular pet-health sites, talking about wide variety of animal health and welfare issues.

“Dr. Loenser has not only worked to educate other professionals in the industry on animal health, but she’s also using her position and expertise to share her knowledge of important health topics and issues facing our pets today, to pet owners all across the country,” said Andy Darmohraj, APPA executive vice president and COO.  “We’re thrilled to honor her at Global Pet Expo for all she’s accomplished and contributed to our industry.”