American Humane, the country’s first national humane organization that for 140 years has been first to serve the interests of animals, was named the Outstanding Animal Welfare Organization of the Year by the Pet Philanthropy Circle at the glittering Pet Hero Awards gala in New York City, hosted by beloved voice of NBC’s National Dog Show David Frei and co-chaired by Georgina Bloomberg and Prince Lorenzo Borghese. Adding to the organization’s notable win, longtime supporter, American Humane board member and country music star Naomi Judd was named Humanitarian of the Year.

“Due to American Humane’s outstanding contributions to animal welfare, the organization has been selected by the Executive Board of the Pet Philanthropy Circle for the Animal Welfare Organization of the Year Award,” said Jewel Morris, noted animal advocate and founding president of Pet Philanthropy Circle. “Your commitment to animal welfare exemplifies the dedication that our Board evaluates worthy of this esteemed award.” 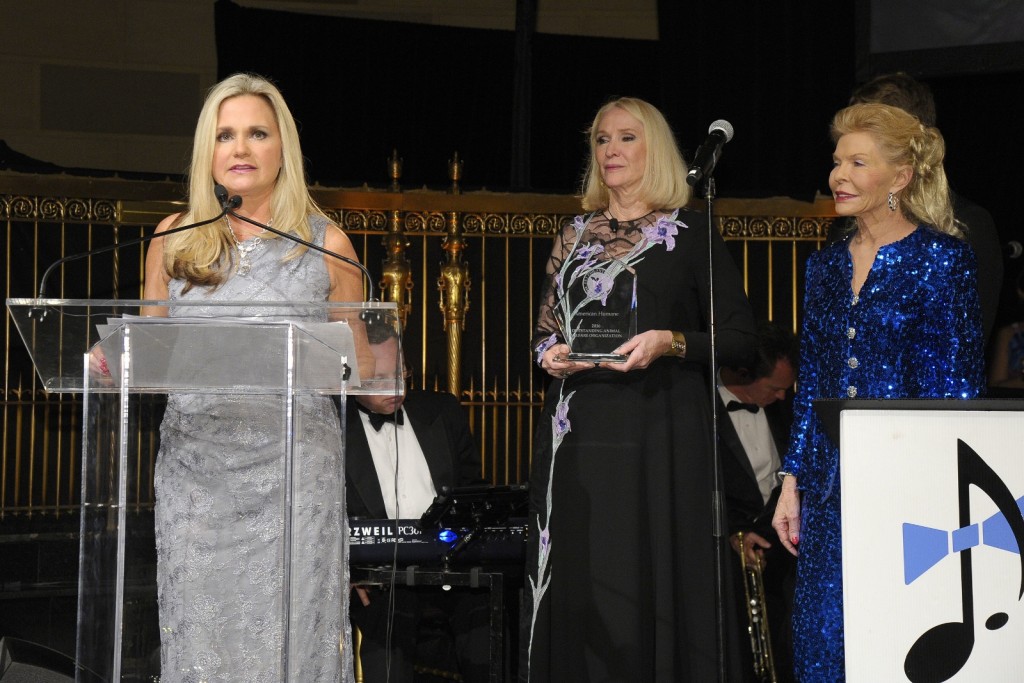 For 140 years, American Humane has been first to serve in the protection of animals in every sphere of life – in our homes and communities, on our farms and ranches, on the silver screen, and in human care at zoos, aquariums and conservation centers. The organization also works to save more of the 6-8 million animals relinquished each year to the nation’s shelters and get them into loving, forever homes. And in just the past dozen years, American Humane saved, sheltered and helped more than 80,000 animals caught in disasters and cruelty cases. The organization positively reaches some 1 billion animals with direct services each year – more than any other in its field.

Adding to American Humane’s win, the Pet Philanthropy Circle honored the country star and the organization’s longtime supporter and board member as the Humanitarian of the Year. The award recognized her wide-ranging charitable work, including her advocacy for America’s military hero dogs. Ms. Judd worked with American Humane to have Congress change the National Defense Authorization Act (NDAA), mandating that these four-legged veterans be brought home and retired on U.S. soil and reunited with their former handlers after their service is finished. Congress changed and passed the NDAA, which was then signed into law by the President late last year.

“For nearly a century and a half the staff and volunteers at American Humane have worked to be the first to serve in the protection of animals,” said American Humane President and CEO Dr. Robin Ganzert. “We are deeply honored by this award and thank the remarkable and esteemed members of the Pet Philanthropy Circle board, which includes so many of the nation’s leading animal advocates. On behalf of the one billion animals we serve each year, thank you!”