American Humane, the country’s first national humane organization, Chicken Soup for the Soul, the Banfield Foundation, Zoetis, and philanthropist Lois Pope today made it possible to deliver more than a ton of love and emergency relief to animals taking refuge from California’s deadly Thomas Wildfire burning in the state’s Santa Barbara and Ventura Counties.

American Humane’s new animal rescue vehicle brought 3,000 pounds of free Chicken Soup for the Soul Pet Food to help approximately 160 lost dogs and cats at the Santa Paula Animal Rescue Center (SPARC), which is Ventura County’sfirst and only “no-kill” animal shelter. These animals had been evacuated last week from the shelter to escape the smoke and flames, but were safely returned to the shelter after the fire was beaten back.

The donation is part of a national campaign by American Humane and Chicken Soup for the Soul Pet Food called “Fill-a-Bowl … Feed-a-Soul™” that aims to deliver one million meals to shelter animals in the greatest need. The campaign has benefited the animal victims of Hurricanes Harvey and Irma in Texas and Florida, as well as those caught in flood-devastated Louisiana. 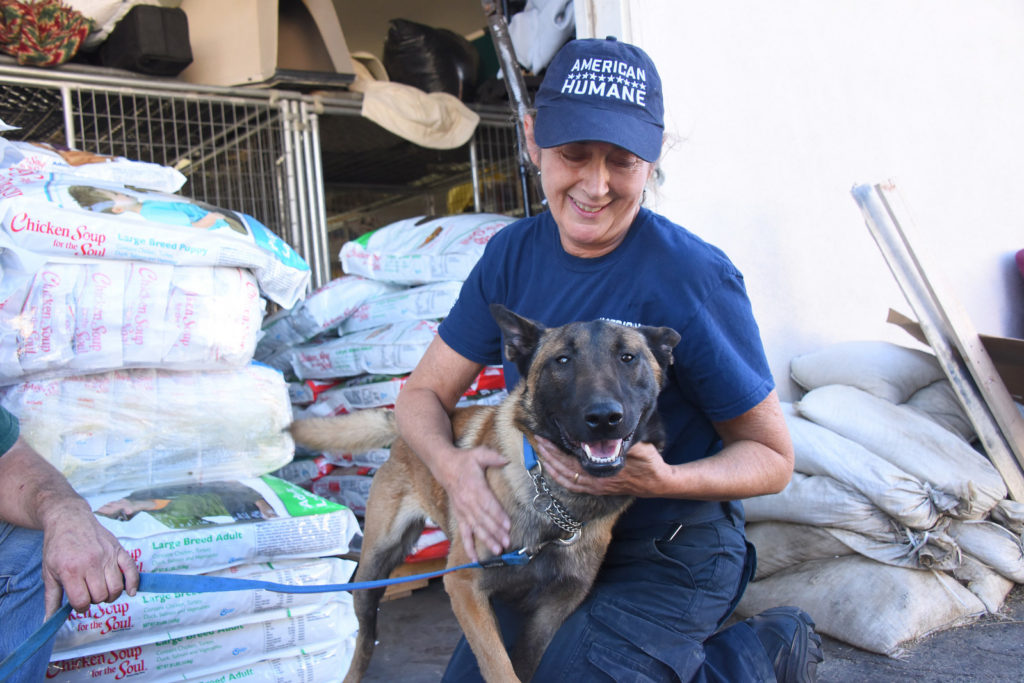 Internationally renowned philanthropist Lois Pope underwrote the new American Humane Rescue vehicle, which is dedicated to helping animal victims of disasters and abuse throughout the state. Banfield Foundation is funding operational costs as part of its Disaster Relief Grant program, which is available to nonprofit animal organizations and local or state government agencies whose communities suffer the impact of disasters. Such grants continue to make a positive difference, most recently funding such efforts as veterinary care for pets impacted by wildfires and pet relocation following catastrophic flooding relief efforts in the aftermath of Hurricanes Harvey, Irma and Maria. Leading animal health company Zoetis helped sponsor the rescue vehicle used to deliver the food.

“We are so grateful to American Humane, Chicken Soup for the Soul, the Banfield Foundation, and Lois Pope for this generous donation,” said Nicky Gore-Jones, executive director of SPARC. “This food will help many of our area’s best friends in their worst times.”

“Chicken Soup for the Soul Pet Food is committed to supporting pets in need and provides over 1 million meals per year as part of our nationwide Fill a Bowl… Feed a Soul™ program. We are pleased to be a part of this inaugural trip by American Humane’s newest rescue vehicle by donating 3,000 pounds of our premium pet food to the Santa Paula Animal Rescue,” said Chris Mitchell, Chicken Soup for the Soul Pet Food CEO.  “We know that this donation will help so many pets that have been affected by the devastating wildfires in the Santa Paula Community.”

“This campaign helps animals when they need help most,” said Dr. Robin Ganzert, president and CEO of American Humane. “On behalf of all the beloved pets across the country, a big thank-you to Chicken Soup for the Soul, the Banfield Foundation, Zoetis, and Lois Pope!”