REGISTER TO RECEIVE NEWS UPDATES >>
You are at:Home»News»Nationwide® to Honor Most Unusual Pet Insurance Claim of the Year
By Good News For Pets on September 21, 2016 News, News Release, Pet News 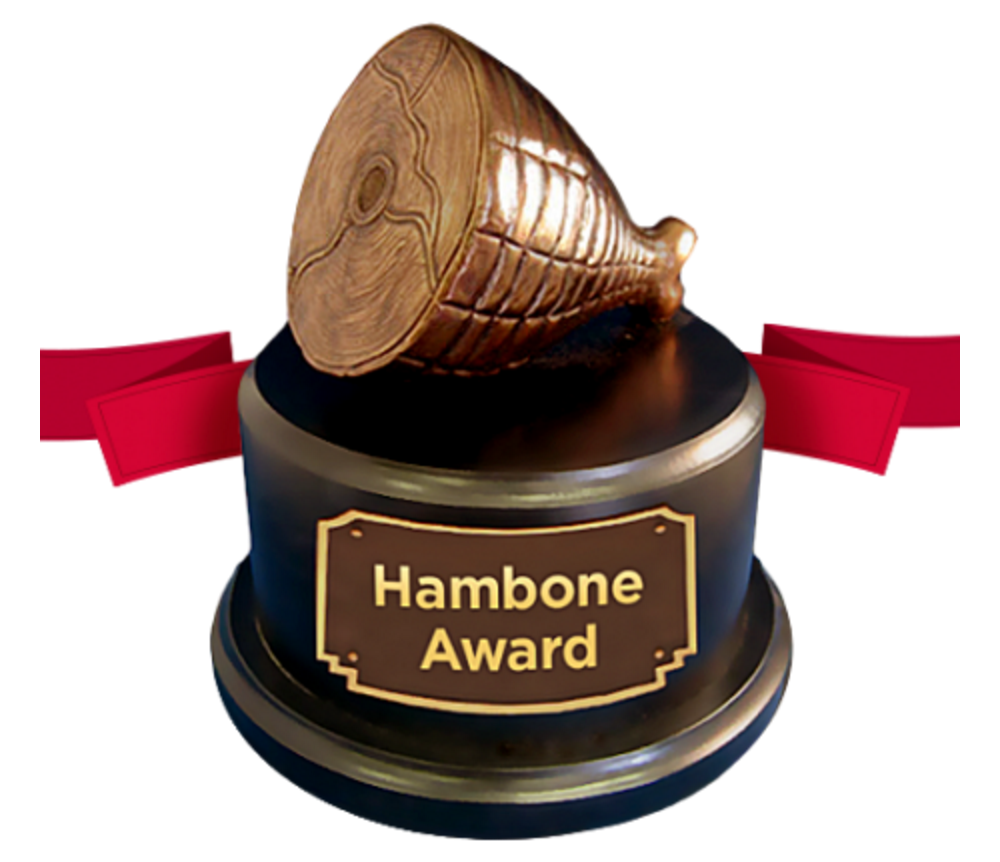 After reviewing nearly 1.5 million pet insurance claims received over the past year, Nationwide has nominated 11 worthy candidates for the 2016 Hambone Award. Each year, the nation’s first and largest provider of pet health insurance, searches through its database of more than 575,000 insured pets to honor the most “Unusual Claim of the Year.” The winner will be decided by a public vote Sept. 20 – Oct. 3 at www.HamboneAward.com.

In addition, the veterinary hospital that treated this year’s Hambone Award winner will receive a $10,000 Nationwide-funded award through the Veterinary Care Foundation to treat pets whose owners could not otherwise afford treatment.

This year’s nominees include a Great Dane who swallowed a whole pair of pants, a Jack Russell terrier who fought off a burglar, a Sphynx cat who was crushed inside a reclining chair, and many more. All nominated pets have made full recoveries and received Nationwide insurance reimbursements for eligible veterinary expenses. Below are brief summaries of the 11 unusual claims nominated for the 2016 Hambone Award. For a more detailed account of each claim, photos of the nominees, or to vote (Sept. 20 – Oct. 3), visit www.HamboneAward.com.

Originally named after a dog who ate an entire Thanksgiving ham while stuck in a refrigerator, the annual Hambone Award has since been given to the most bizarre medical claim each year since 2009. Past winners include: Curtis, a Boxer who swallowed a barbeque skewer that disappeared in his body and nearly ended his life a year later; Charlie, a Labrador retriever who became entangled with a tractor; Ellie, a Labrador retriever who gobbled up an entire beehive and its thousands of inhabitants; Lulu, a hungry bulldog who swallowed 15 baby pacifiers, a bottle cap and a piece of a basketball; Harley, a pug who ate and subsequently passed more than 100 rocks; Peanut, a dachshund-terrier mix who survived a fierce squabble with a skunk; and Winnie, a mixed-breed dog who swallowed two pounds of uncooked onion rings.

“The Hambone Award is an annual reminder of the unforeseeable mishaps that can occur with our pets at any time,” said Carol McConnell, DVM, MBA, vice president and chief veterinary medical officer for Nationwide. “More importantly, these stories exemplify the importance of taking the necessary precautions and seeking veterinary treatment when an animal shows signs of distress. These pets all made remarkable recoveries because of their quick thinking pet parents and proper treatment by skilled veterinarians. We are delighted to see them all back to enjoying their lives.”

About Nationwide pet insurance
With more than 575,000 insured pets, pet insurance from Nationwide, formerly known as Veterinary Pet Insurance (VPI), is the first and largest pet health insurance provider in the United States. Since 1982, Nationwide has helped provide pet owners with peace of mind and is committed to being the trusted choice of America’s pet lovers.

Nationwide plans cover dogs, cats, birds and exotic pets for multiple medical problems and conditions relating to accidents, illnesses and injuries. Wellness coverage for routine care is available for an additional premium. Medical plans are available in all 50 states and the District of Columbia. Additionally, one in three Fortune 500 companies offers pet insurance from Nationwide as an employee benefit.

About Nationwide
Nationwide, a Fortune 100 company based in Columbus, Ohio, is one of the largest and strongest diversified insurance and financial services organizations in the U.S. and is rated A+ by both A.M. Best and Standard & Poor’s. The company provides a full range of insurance and financial services, including auto, commercial, homeowners, farm and life insurance; public and private sector retirement plans, annuities and mutual funds; banking and mortgages; excess & surplus, specialty and surety; pet, motorcycle and boat insurance. For more information, visit www.nationwide.com.