As part of American Humane’s Be Kind to Animals Week and AVMA’S National Pet Week, GoodNewsforPets is featuring a story on a company that began with an act of kindness, Boneo. Be inspired here…

While driving across the highway to work one weekday morning, Dr. AS Narain Naidu was startled by a gut-wrenching sight. A truck driver rammed into a helpless puppy, and then recklessly left the little Siberian husky on the side of the road with a shattered leg. Scooping him up and rushing the puppy to the nearest shelter, it was found he was abandoned, without a collar, microchip and no one claiming him. 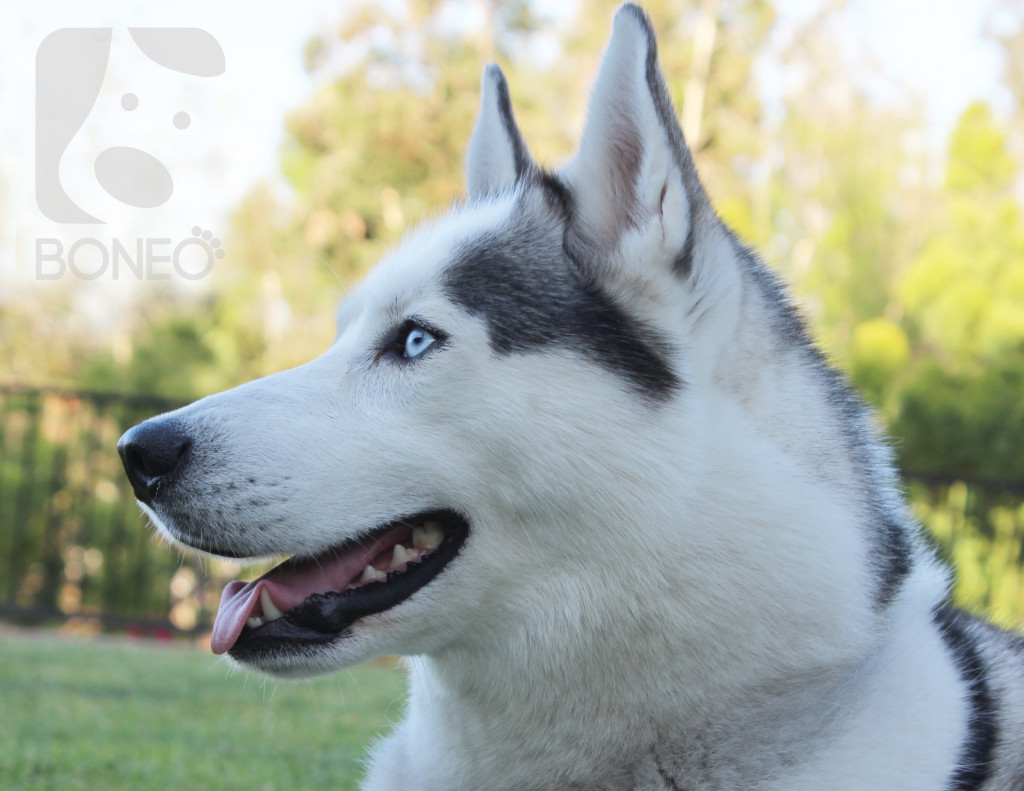 Dr. Naidu and his family adopted the puppy as one of their own, naming him Neo, which means “new” in Greek, since he was the newest addition to the family. They began the hard journey towards ensuring his recovery, including multiple failed operations on his shattered leg, where bones neither fused nor formed, leaving Neo facing amputation. During the process, the family refused to give up on Neo and the idea that he would run again, yet was astonished at the lack of products on the market to promote bone growth. As destiny would have it, the doctor that found Neo and took him in, also happened to be in the best position to help him.

A renowned medical scientist with hundreds of research articles, scientific patents and dozens of patents for health related applications, Dr. AS Narain Naidu began the development of a bone nutrient mix for Neo that would address his specific needs of bone remodeling and bone support after trauma. Miraculously, after 6 weeks Neo’s bones were healing properly against the odds, and veterinarians began asking about the supplement that was made, saying it was needed to help dogs everywhere. Boneo Canine, launched three years later, has six patents, and has the capability of helping every dog, no matter the size.

Now a family business, Dr. AS Narain Naidu‘s three children have become integrally involved in the development of the business. Sons, Sreus (CEO) and Tezeus (COO) have a biotechnology/chemistry background, and are completing their pharmacy degrees. Their sister, Aishwarya, is a lawyer, and the company’s legal counsel, additionally heading up sales and marketing.

We sat down with Sreus Naidu to get the lowdown on how Boneo is revolutionizing pet heath.

Supplements on the market are made to help with joint growth. What does Boneo have that differs from other products, making it ideal for both joint and bone growth? 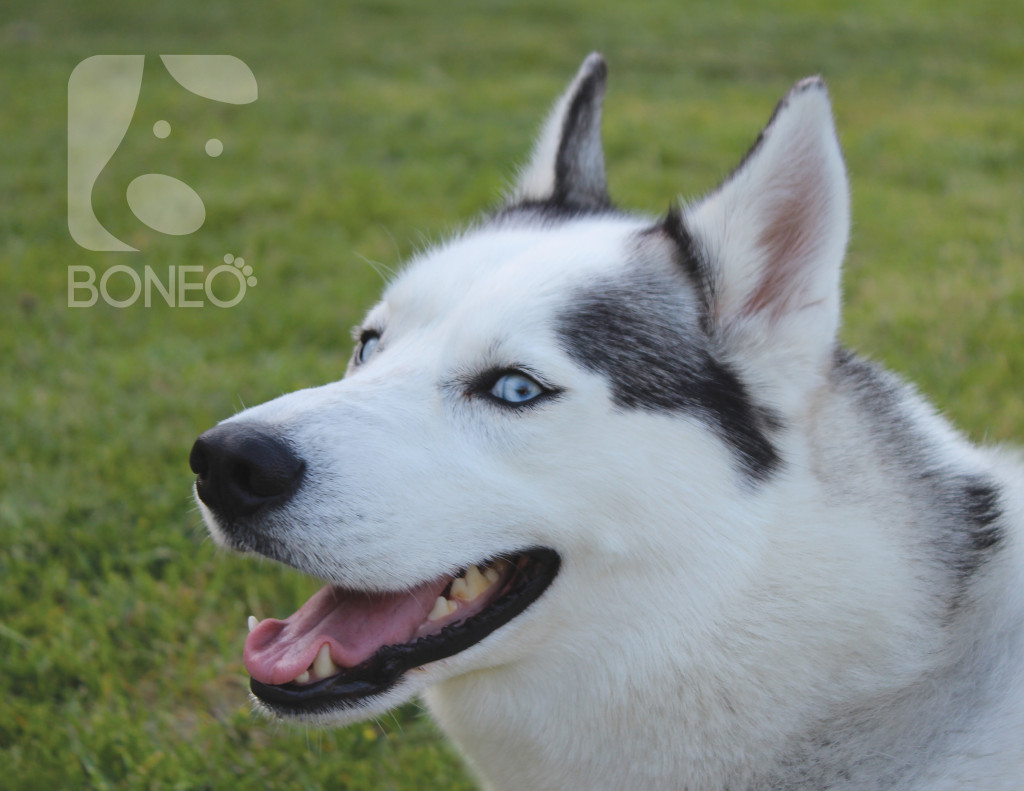 A vast majority of traditional health supplements for dogs are based on glucosamine, chondroitin, and/or MSM. While these ingredients do provide some benefits, they are limited to supporting joint health only (primarily they lubricate joints). Boneo Canine® is different – this all-natural glucosamine alternative supplement is actually lactoferrin-based (which is a lactose-free milk protein) and patent protected. Unlike the joint only supplements out there, this powerful formula provides support to both the joints and the bones. In other words, it is a unique all in one product that targets the health of your dog’s entire skeletal system.

These multi-functional benefits are possible because of Neo-PORTIN® technology, a unique protein-based complex that promotes bone remodeling and turnover, as well as collagen synthesis and joint comfort. Neo-PORTIN® Complex has also been shown to enhance the absorption of vital nutrients, particularly minerals (such as calcium). By improving nutrient bioavailability, we can provide lower (aka safer) doses of nutrients and still achieve optimal benefits because more gets in – this important feature of Boneo Canine® addresses the safety and toxicity concerns that many dog-owners have with traditional supplements which can have excessive levels of nutrients. You will not find Neo-PORTIN® in any other product.

Boneo Canine Patented and Natural Bone and Joint Supplement for Dogs (How it Works) from Bio-Rep Network on Vimeo.

Who should use Boneo, how often and for what kind of dog? Does it need to be mixed or hidden in food to make it enticing?

Boneo Canine® is recommended for dogs of all ages, sizes and breeds and is safe for both short-term and long-term use. This powerful formula is glucosamine-free and can be used as an effective glucosamine alternative for dogs with sensitivities. It is especially beneficial for puppies during their growing phases (particularly large breeds), small dogs with fragile bones, agility or active dogs who experience aches and pains from over-exertion, and senior dogs who need extra bone and joint support for a good quality of life. This formula is a great option to help support dogs after an orthopedic procedure or broken-bone/fracture, as these are typically bone-specific procedures that a regular joint supplement cannot help address (in such instances, we always recommend that you treat your dog under the recommendation of a licensed veterinarian).

Each chewable tablet is liver and sausage flavor and most dogs will take it like a treat. Interestingly, in our palatability testing we found that dogs preferred liver and sausage flavor to bacon! For the fussier dogs, you can easily break up the tablet and hide it in their food. The dosages of vitamins and minerals in Boneo Canine are designed specifically for dogs only.

In retrospect, is there anything you wish you had done differently with Neo, or along the way in your story?

They often say that hindsight is 20/20 and we wish we could have written down the license plate of the truck that hit Neo or developed Boneo sooner for our dog’s recovery. But all in all, we really feel that we did all that we could at the time and we feel so fortunate that Neo is a healthy and happy part of our family today.

Thankfully, the best possible outcome has come out of Neo’s tragic beginning, and the research done has been used to help promote the health of dogs everywhere, For more information on Boneo Canine®, visit the Boneo website (http://boneo.bio-rep.com/).