REGISTER TO RECEIVE NEWS UPDATES >>
You are at:Home»Pet IQ»Who was the first African-American inducted into the AVMA?
By Zinaejah Ozier on July 21, 2020 Pet IQ 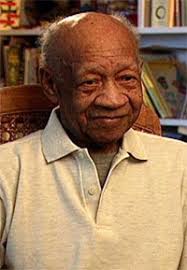 With all that is going on in the world, it is important to recognize black leaders who have had many accomplishments in our country. One being Dr. William Waddell who was the first African American inducted into the AVMA. Although he has passed, his legacy lives on and is worth mentioning.

Not only was Waddell the first African American to be inducted into the AVMA, but he was the first black professional to practice veterinary medicine in the United States. He earned his degree from Lincoln University and then later attended the University of Pennsylvania School of Veterinary Medicine where he received his doctorate degree and began his practice in veterinary medicine. While at UPenn, he joined the R.O.T.C. and thus began his journey into the military.

When he served in the military, he was yet again the first African American to accomplish something. He was the first to be a commissioned member of the Officer Reserve Veterinary Corp. After being stationed in Texas, he was able to care for over 8,000 horses, furthering his practice as a vet.

Following the Army, Dr. William Waddell joined the Tuskegee Institute which is an organization designed to recognize the accomplishments and advancements in education of many black men who served in the military in the late 1930’s.

Even as a child, Waddell was given the opportunity to practice his desired career. Waddell worked with his father to care for hundreds of horses. This in itself shows the importance of giving our children the opportunity to explore their dreams at an early age. A good representation of this is our featured book this month, Doctor nice, available to check out on our site here!

Not only was Waddell a trailblazer and mentor, but he was a writer. He composed books such as, Some Bastardly People, People are the Funniest Animals and A Challenge to Christianity.  With many accomplishments under his belt, Dr. Waddell was truly an inspiration and continues to reign as a leader and mentor for many people.