Vanderpump Dog Foundation founded by Lisa Vanderpump will be at Chicago O’Hare November 28th, to retrieve 5 dogs rescued from China.

The Vanderpump Dog Foundation has arranged for the transport and care of 5 rescued dogs from China to the United States for adoption. These dogs were rescued from transport trucks on the way to slaughterhouses, the streets of Shenzhen and slaughterhouses in Shenzhen. 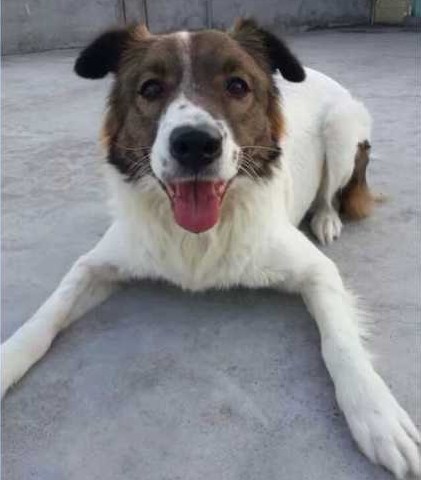 Picture is one of the dogs being brought to the United States by the Vanderpump Foundation for adoption. (PRNewsFoto/Vanderpump Dog Foundation)

These dogs would have likely been traded and sold for consumption. In China, around 10 million dogs a year are slaughtered and sold for their meat. Black Dog Rescue and the Shenzhen Dog Protection Association will be working alongside the Vanderpump Dog Foundation to rescue, transport, and help find the dog forever homes in the United States. These dogs are unable to be adopted in China, as they are part of the 29 illegal dog breeds in urban populations like Shenzhen.

Ambassadors from the Vanderpump Dog Foundation will intercept the 5 dogs at Chicago O’Hare International Airport on November 28th. From there, the dogs will be transported to the Black Dog Rescue in Kentucky. All 5 of the dogs have been spayed, neutered, vaccinated and given microchips.

The Vanderpump Dog Foundation was able to raise funds to rescue the dogs thanks to generous donations from supporters of the foundation as well as Lisa Vanderpump and her husband Ken Toddmatching the necessary funds needed for the care, vaccinations and transport. The dogs will make it to the Black Dog Rescue in hopes to have forever homes before the holidays.

“We can’t think of a better way to spend Thanksgiving this year. We are so thankful for our donors and the opportunity to give these dogs a second chance at life,” Dr. John Sessa, a founder at The Vanderpump Dog Foundation said. Sessa continued, “We hope that this adoption can form as a template for future international adoptions we can execute.” The foundation hopes the rescue will help fuel efforts to end the dog meat trade in China.

The rescue closely follows the Vanderpump Dog Foundation’s historic work in helping to present a House Resolution to the United States Congress. The resolution, which was presented alongside many other prominent animal right’s activists, condemned the dog meat trade in China. It will be the first time in history that a nation has taken an official stance on the dog meat trade. There are currently no laws in China banning the consumption of dog meat.

The Vanderpump Dog Foundation’s mission is to provide for a more humane world for dogs worldwide. Through both our domestic and international campaigns, we feel that the organization can make a positive impact on global legislation, education and treatment of animals. The Shenzhen Dog Protection Association is a non-profit NGO in Shenzhen, China as well as the biggest animal protection association in Shenzhen. PAWS Chicago is also a non-profit that aims to build No Kill communities, end the overpopulation of homeless animals and transform animal welfare. Black Dog Rescue’s website states their mission statement as, “the mission of Black Dog Animal Rescue is to provide homeless animals across Wyoming with guaranteed safe and secure placement, promote the use of proven life-saving programs in our communities, and advocate for animal welfare.”