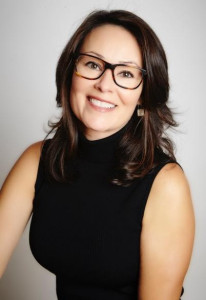 Gail Miller Bisher, a long-time communications professional as well as dog show judge and exhibitor, has been named Director of Communications for The Westminster Kennel Club. She replaces David Frei, who has moved on to other opportunities but will be hosting his last telecast of the Dog Show in 2016 on CNBC (Monday, Feb. 15) and USA Network (Tuesday, Feb. 16) from 8-10pm ET.

Bisher (pronounced By-sher) has more than 30 years of experience in the dog world as a handler, trainer, writer and spokesperson. She is an AKC-licensed conformation judge and Canine Good Citizen evaluator, with a background including conformation, obedience, herding and earthdog trials.
Professionally, she has handled marketing, business development and public relations for The American Kennel Club as well as various dog websites. She has appeared in major media including NBC’s Today show, the New York Times and CNN as well as handling radio media tours nationwide.
Bisher’s history with The Westminster Kennel Club began when she won second place in Junior Showmanship at the WKC show, and she has worked in the press room and produced video segments at The Westminster Dog Show in past years.
“We are delighted to have Gail Bisher as the new face of The Westminster Kennel  Club,” said Club President Mr. Sean W. McCarthy. “Her experience in the dog world combined with her high level of qualifications as a Communications professional ensure that the 140-year legacy of The Westminster Kennel Club is in good hands.”
Westminster Show Chair Mr. Thomas H. Bradley, 3d., seconded the confidence: “Gail is a pleasure to work with as well as a consummate communications pro,” he said.
For her part, Bisher could not be happier. “For someone who loves dogs as I do, there is nothing more exciting than to be part of The Westminster Kennel Club – the premier organization in our sport and such a strong voice for all dogs,” she stated.
Assisting Bisher in the Communications Department this year are Katherine Wright, a third-generation terrier breeder and exhibitor, and Terri Cude, who spent many years in dog sports along with having 30+ years’ experience in the communications field.
Members of the media may contact Ms. Bisher at gail@westminsterkennelclub.org and by phone at 212-213-3212.
Share. Twitter Facebook Google+ Pinterest LinkedIn Tumblr Email