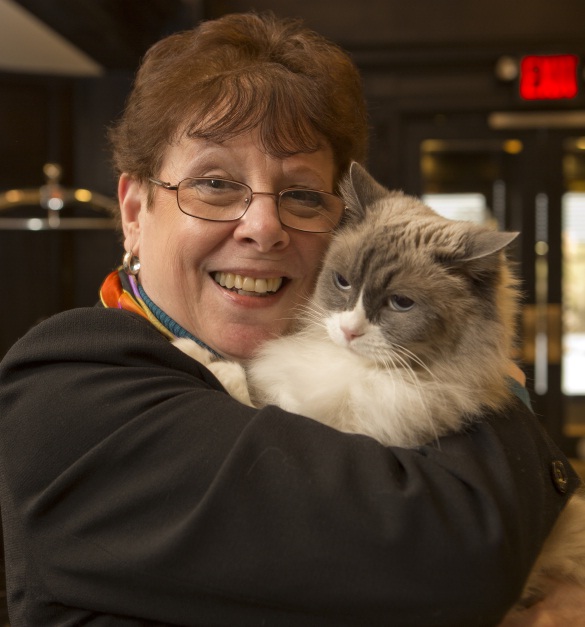 NEW YORK, NY – (July 7, 2015) – Every year The Algonquin Hotel honors its most famous resident, Matilda III, The Algonquin Cat, with a celebration. This year the event will be held on Wednesday, August 5, from 5:00PM – 7:30PM in the hotel’s iconic lobby. The Algonquin will honor members of NYPD’s Animal Cruelty Investigation Squad and the event will feature a cat fashion show by Ada Nieves: “A Feline Salute to NYC’s First Responders.” Ada Nieves is a certified animal fashion designer by the Fashion Institute of Technology of New York City. She will stage the show in the hotel’s Oak Room and the fashions will feature costumes inspired by the city’s Police and Fire Departments.

Guests attending will be required to make a $30 donation for entrance. 100% of the proceeds will benefit the Mayor’s Alliance for New York City’s Animals. The Mayor’s Alliance will have an on-site mobile adoption unit parked in front of the hotel from 3:00PM – 7:00PM. The $30 donation allows all guests access to the fashion show and includes a reception with special hors d’oeuvres. Additional funds will be raised throughout the evening with raffle prizes, including a variety of pet products. The grand prize is a custom-designed cat tree house, created by Pet Tree Houses. (It’s truly the cat’s meow.)

Reservations to the event are required as space is limited. Please contact Alice De Almeida at (212) 419-9197 or alice.dealmeida@marriott.com.

About The Algonquin Cat:

For many years the history of The Algonquin Cat was believed to have its origins in the 1930’s, when a stray cat came wandering into the hotel for food and water.  After the hotel acquired an out-of-print book written by the hotel’s first general manager, Frank Case, a chapter was discovered about a cat named Billy. Based on the timeline of the book, the hotel is now proud to say the lineage of The Algonquin Cat dates back to the early 1920’s. Two days after Billy passed, a stray cat wandered into the hotel and The Algonquin welcomed Rusty. The famous classical actor, John Barrymore, was a resident at the time in the early 1930’s and Rusty was renamed Hamlet in his honor. Hamlet is said to have been Barrymore’s greatest stage role. The hotel has had a total of 11 cats, including Billy. The lineage includes seven Hamlets and three Matildas. Each cat that has reigned at The Algonquin has been a rescue. In 1980, author Hilary Knight immortalized The Algonquin Cat with his cartoons for a children’s book on which he collaborated with Val Schaffer. The current Matilda began her residence in December 2010.

Today, Matilda is looked after by the hotel’s Chief Cat Officer, Alice De Almeida. The hotel’s executive chef cooks her special meals on holidays. She receives fan mail and gifts constantly, from around the world, including Japan, Australia and Russia. Matilda can be found on Facebook, Twitter and Instagram. She can also be reached via e-mail: matildaalgonquincat@algonquinhotel.com.