REGISTER TO RECEIVE NEWS UPDATES >>
You are at:Home»Media»Books»Strongheart: The World’s First Movie Star Dog
By Good News For Pets on February 16, 2017 Books, Media

Set in the early days of silent movies, Emily Arnold McCully’s extraordinary story about a real-life hero will capture the hearts of dog lovers and movie fans everywhere. 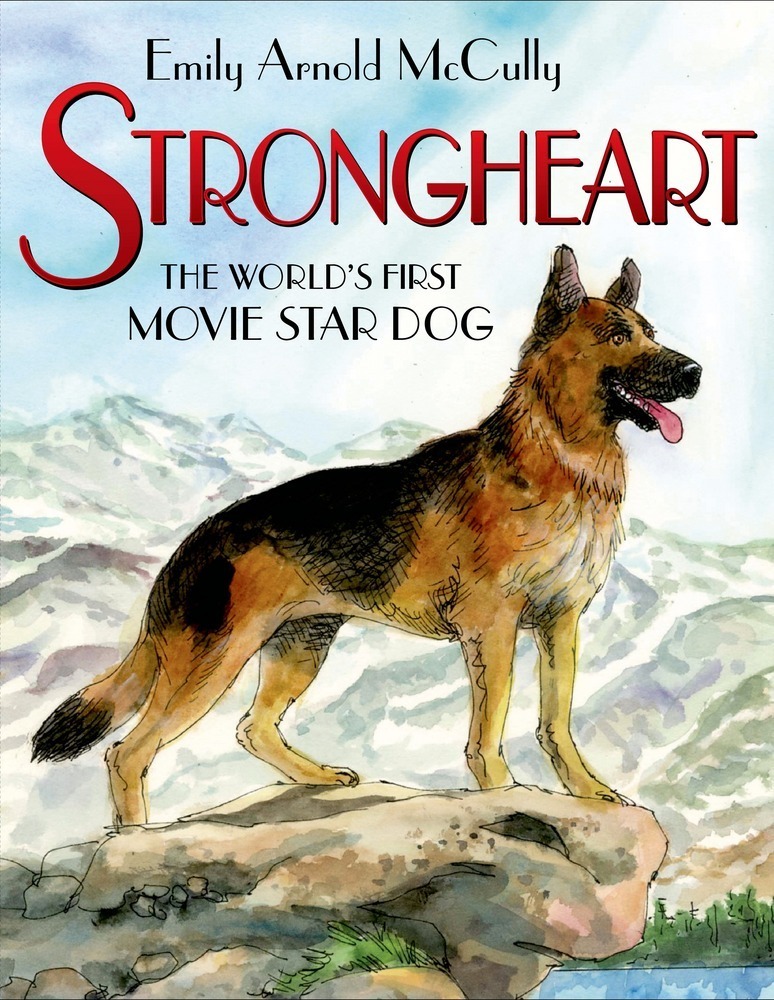 Strongheart may have been a movie star, but he wasn’t always famous. He started out as a police dog who could sniff out criminals and march like a soldier, but he didn’t know how to have fun. Larry Trimble was a Hollywood director who wanted to put Strongheart in his movies―not just as a pet but as the lead actor. Larry taught him to play with toys and walk like a regular dog. In his films, Strongheart brought audiences to tears. He was a sensation! But when Strongheart’s military training led to trouble, was his career over?

Emily Arnold McCully was born left-handed in Galesburg, Illinois. She was a dare-devil tree-climber and ball-player who loved to write stories and illustrate them. Her family moved to New York City and then to a suburb, where she attended school. After college at Brown University, she earned a Master’s degree at Columbia University in art history. She worked as a freelance illustrator for magazines, advertisements and book publishers until a radio station commissioned a series of posters showing children playing. The first appeared in subway cars, where it was seen by a children’s book editor. It launched a long career, first as an illustrator, then as author/illustrator of picture books. McCully won a Caldecott Medal in 1993. She has two grown sons, one grandson and lives in New York City and Columbia County, N.Y., where she grows flowers and vegetables.