Knowing what is potentially harmful to your pet and the signs to look for in case of toxic ingestion is just as important in pets as it is in humans. This week is Poison Prevention Week (March 19 – 25) and Goodnewsforpets is here to help! 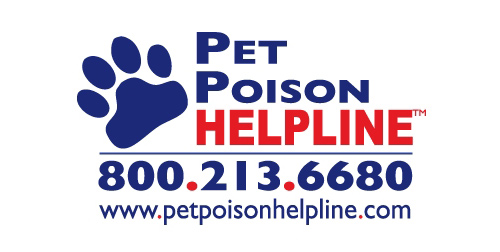 We put together some important signs to look for as well as the top 10 posion reportings of 2016 in dogs and cats as reported from the veterinarians at the Pet Posion Helpline. Always contact your veterinarian if you think your pet has ingested something that could be harmful.

Toxin ingestion is a genuine emergency, and pet parents should always seek urgent veterinary advice.The more quickly the pet is seen, the better his chances of making a full recovery. Time is of the essence, so call your vet if you spot any of these signs, often linked to poisoning:

In Case of Emergency

If you spot any signs that make you suspect your pet’s eaten something toxic, follow these steps:

In time for Poison Prevention Week each year, veterinarians at Pet Poison Helpline review the prior year’s case records to identify specific toxins resulting in the most consults from pet owners and veterinarians. Some of the toxins are species specific such as lilies in cats and xylitol in dogs, while others, such as chocolate, affect multiple species. Two specific lists have been generated – one for cats and one for dogs – with the frequency of cases provided in descending order. It is our hope that the information shared in these lists will help veterinarians with their assessment of animal poisonings and provide others with information about truly dangerous items found in homes and other areas.