REGISTER TO RECEIVE NEWS UPDATES >>
You are at:Home»Blog Posts»She’s Not from the Show Me State, But Show Me Someone Better Than Shojai!
By Lea-Ann Germinder on September 27, 2018 Blog Posts, Power of Pink 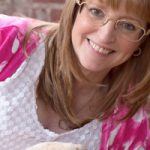 I’ve worked with Amy since 2000 as a CWA member, as CWA publicity chair, rounding up sponsors and most important to me when a few months later when I launched Goodnewsforpets.com and as she was then president of the Cat Writers, the board approved joining the site as the first media sponsor. As a bonafide association volunteer leader in my own profession, I have the utmost respect for her as the co-founder of the CWA.

Why do I think there’s no one better? Well, in addition to my admiration of being a co-founder of the venerable CWA, over the years she’s a “go to” media contact when there’s an important issue in animal health to communicate because she knows her “shtuff”, she’s never missed a deadline, and if she’s not interested in a story, she will let you know. I’ve seen what a wonderful mentor and coach she is with her writing colleagues. Throughout the entire time I have known her she has always encouraged others in how they can achieve their dreams.  Her latest venture, the Write Schtuff Webinar Series is testament to that. I’m looking forward to seeing how that unfolds, and know it will be a success because Amy is the master at reinvention. I’m also looking forward to celebrating the 25th Anniversary Conference and Banquet with her in St. Louis May 16-18,2019, on the opposite side of the Show Me State.  Congratulations again Amy, there’s no one better, meowwz knows!