Combined with other weekend events including the AKC Agility Invitational, the AKC Obedience Classic, and the Junior events, the overall show totals topped 7,000 entries, making this the largest dog event held in the United States since the AKC 1984 Centennial event and the largest dog show North America.

The AKC National Championship evening live stream is available for replay at www.akc.org, alongside on-demand coverage of the Bred-By Exhibitor groups, Junior Showmanship Finals, Best Miscellaneous, Agility and Obedience competitions. The show will be televised on the Hallmark Channel on January 23, 2017 6-9 PM ET/PT. 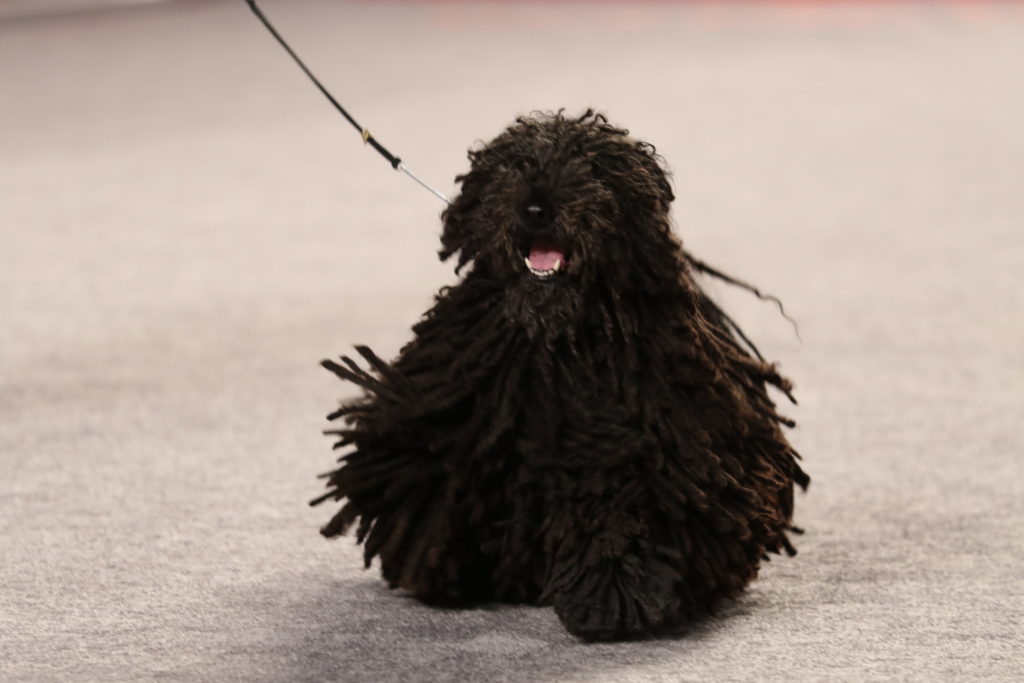 After winning Best of Breed competitions the following top dogs went on to win in their respective groups and compete for Best in Show:

Other top dogs awarded during the two-day event included the following:

In the Junior Showmanship competition, for handlers from between 9 to 18 years of age, Lauren Marie Hull with her Great Pyrenees CH Patorama’s Lay Down The Boogie was awarded the coveted title of Best Junior Handler, along with a $2,000 scholarship.

The 2016 AKC Obedience Classic and the AKC Agility Invitational were held in conjunction with the AKC National Championship. The two events demonstrate the highest level of training and teamwork between dog and handler. Obedience and agility competitions for junior handlers were held for the sixth year, and an AKC Rally® Junior competition was held for the third year.

Four obedience dogs and their owners – one dog/handler team in each of the four classes – were crowned at the AKC Obedience Classic, which brought together 248 dogs from across the country and beyond.

Placing first in their class (Novice, Open, Utility and Masters respectively) were:

Juniors who participated in the AKC Juniors Classic competed in Obedience and/or AKC Rally®.

In Obedience, Juniors competed in the Beginner Novice, Preferred Novice and Preferred Open classes twice, based on their AKC obedience accomplishments.

Placing first in their class were:

Placing first in their class were:

Five agility dogs and their owners – one dog/handler team in each of the five height categories – were crowned as the 2016 winners of the AKC Agility Invitational, which brought together 700 dogs from across the country and beyond.

Juniors who participated in the AKC Juniors Agility Competition competed in either the Junior Excellent or Superior Classes, depending on whether they had achieved an agility title.

Placing first in their height division (12”, 16″ and 24″ respectively) in the Junior Superior class were:

A record entry of more than 700 dogs entered the NADD/AKC National Championship.

The Championship winners include:

AKC Breeder of the Year

Alan Kalter and Dr. Chris Lezotte were presented with the 2016 AKC Breeder of the Year Award for their HappyLegs Bullmastiffs at the AKC National Championship on Saturday, December 17, 2016.  The annual award honors breeders who have made an impact on their breed and dedicated their lives to improving the health, temperament and quality of purebred dogs.

ABOUT THE AMERICAN KENNEL CLUB

Royal Canin USA is a leader in science-based cat and dog health nutrition. Founded by a veterinarian in 1968, Royal Canin has more than 40 years of experience in delivering individualized nutritional solutions. In collaboration with an expert team of nutritionists, breeders and veterinarians from around the world, Royal Canin places cats and dogs at the central point of the innovation process. The Royal Canin product line offers a range of diets based on size, age, breed, lifestyle and therapeutic requirements. Royal Canin diets are available at veterinary hospitals and pet specialty stores nationwide. Royal Canin is a subsidiary of Mars, Incorporated. To learn more about Royal Canin, visit www.royalcanin.com and “LIKE” us on Facebook at www.facebook.com/royalcanin.us.