The signs of dog obsession among American humans are not that hard to spot – especially on social media.

According to a new study released today by BarkBox, dogs are flooding the pages and feeds of their people, and some pups even have their own feeds. A follow up to Part One of the BarkBox Dog Parent Study released late last year, Part Two of the study looked at the way that more than 1,000 American dog parents behave on social media. 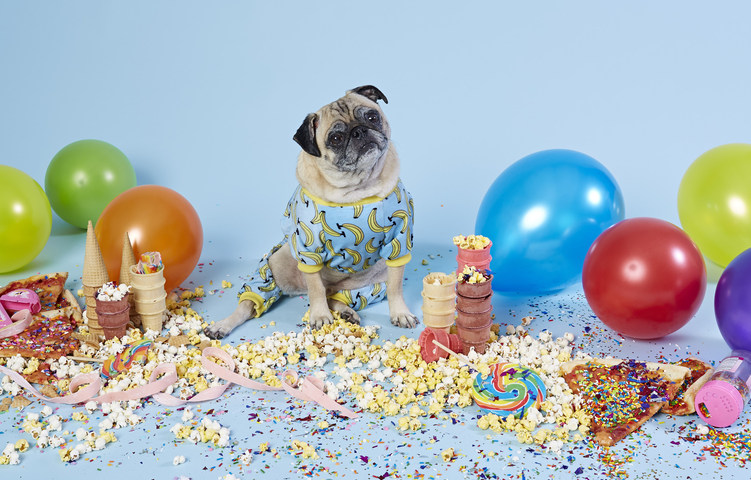 Pooches Out of Sight Are Never Out of Mind
The study suggests that the craziest dog people might go into withdrawal when they are away from their dog and lean on technology for quick fixes. Many dog people admit they have watched their dog on a webcam (17%) or Skyped or FaceTimed with them while they were away (14%). This is especially true of Millennials, who are more likely than non-Millennials (24% vs. 13%) to watch their dog on a webcam. And Millennials are nearly three times as likely as their older counterparts (23% vs. 8%) to Skype or FaceTime their dog.

When there’s no human to help with a camera, nearly a third (32%) of dog parents say they have a household security camera they mostly use to check on their dog. So much for that secret life, pup!

With more than 5 million followers across its social media channels and having shipped more than 30 million toys and treats to pups in the U.S. and Canada, BarkBox is the brand at the center of dog obsession online and offline. The curated box of all-natural treats, chews and fun toys is designed – from the packaging to products – to create moments of insane joy for dogs and their people, with a new, fun theme each month. Dog-obsessed experts paw-pick the best treats and innovative toys to match a dog’s unique needs, including allergies or heavy chewers.

Learn more about BarkBox at www.barkbox.com.

About the Study
The BarkBox Dog Parent Survey was conducted by Kelton Global, a leading global insights research firm, between October 28th and November 4th, 2016 among 1,006 nationally representative Americans with dogs ages 18 and over, using an e-mail invitation and an online survey.  Quotas are set to ensure a reliable representation of the U.S. population 18 and over.

Results of any sample are subject to sampling variation.  The magnitude of the variation is measurable and is affected by the number of interviews and the level of the percentages expressing the results.

In this particular study, the chances are 95 in 100 that a survey result does not vary, plus or minus, by more than 3.1 percent, from the result that would be obtained if interviews had been conducted with all personas in the universe represented by the sample.  The margin of error for any subgroups will be slightly higher.

About Bark & Co
Bark & Co is the New York-based startup that’s dedicated to making dogs and their humans happy. Since launching in 2012 with BarkBox, a monthly box of treats and toys, Bark & Co has shipped more than 30 million products and expanded into creating its own products, experiences and entertainment with BarkShop, BarkLive, and BarkPost. To learn more go to Bark.co.