REGISTER TO RECEIVE NEWS UPDATES >>
You are at:Home»Blog Posts»Observations From the Middle: Kansas City #NYDogFilmFestival to the #BHDogShow
By Lea-Ann Germinder on April 11, 2017 Blog Posts

While I now spend most of my time in NYC…and lovin’ every minute, it’s no secret with family and business interests in Kansas City, it’s my second home.

So, what better way too celebrate our Goodnewsforpets sponsorship of the NY Dog Film Festival and Good Dogs in Film than the tour’s KC stop at the KC Film Fest. I was thrilled to see a great turn out at the Bayer sponsored Pooch Party with all proceeds going to the KC Pet Project, a most worthwhile endeavor! Enjoy the pics, I enjoyed the party! 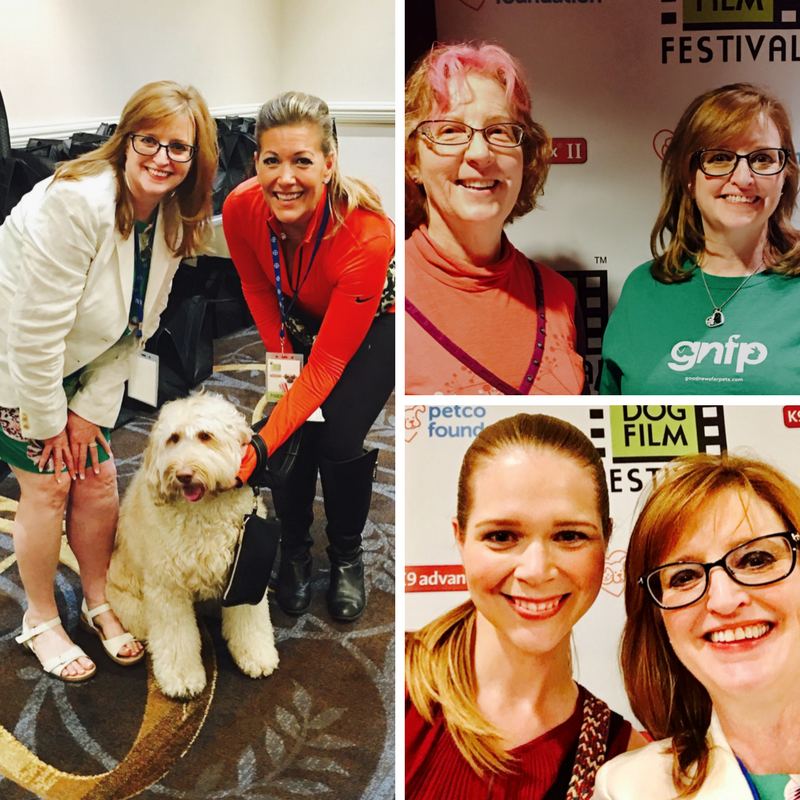 Me at the New York Dog Film Festival in Kansas City with (top right) Tracie Hotchner, (bottom right) Megan Peters and (left) at the Pooch Party.

Now it’s back to NYC for Easter and what a treat. I’ve got a few days of more work and then come Sunday, April 16th its time to be with East Coast family and that evening take in the Beverly Hills Dog Show on the USA Network. I’m thrilled to have Kim Thornton, a past president of CWA and a longtime buddy join the ranks of guest journalists at Goodnewsforpets.

Kim’s debut article about Westminster and the Beverly Hills Dog Show grew to another article about the background behind the logo of the the Kennel Club of Beverly Hills, and the best of them all, an added interview with another longtime friend and legend in the dogworld, David Frei.

We are fortunate to have Kim join our esteemed roster of guest writers past and present including Ranny Green, Steve Dale, the late Mordecai Siegal, and more to come. Thanks Kim and here’s to writing about dogs. (And cats too). It’s all good!