He’s always engaging, always thinking ahead, always ready to share his wisdom regarding veterinary medicine and the future of the profession.

Dr. Ralph Richardson’s leadership will surely be missed as he retires this month as Dean of the College of Veterinary Medicine at Kansas State University. But we suspect he’s not one to sit still. After nearly 20 years as dean, he’s already taken on the challenge of interim CEO & dean of K-State Olathe. On Monday August 31st, the Kansas City Animal Health Corridor will honor Richardson at its 10th Annual Homecoming Dinner with the prestigious Iron Paw Award. Editor and Publisher Lea-Ann Germinder has worked with Dr. Richardson as he helped promote the Animal Health Corridor in his role on the advisory board since the Corridor’s inception ten years ago. Her interview captures just a small snapshot of his accomplishments and his thinking toward the future of the Corridor.

Every veterinarian has a story about why they chose to become a veterinarian. What is your story? 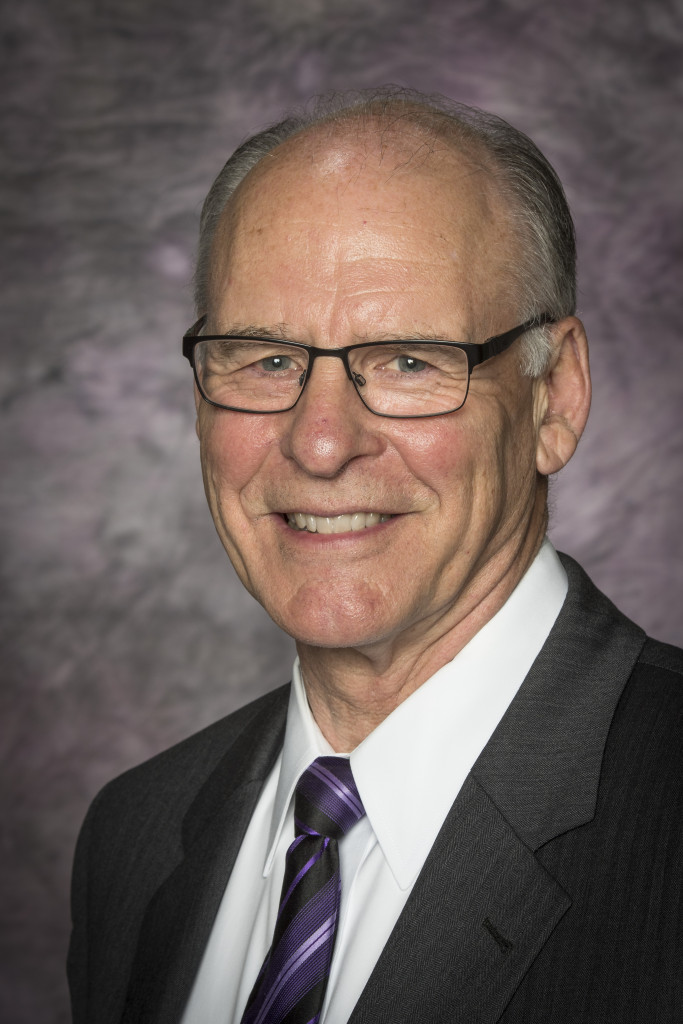 I am sure I was influenced by a family that came from a rural background — my dad was a county agent and my mom was involved in extension. My dad then became a ruminant nutritionist at K-State when I was starting grade school. I grew up around feedlots and cattle and we had animals in our home from the very get go. As our parents encouraged us to think about careers, becoming a veterinarian was one that was very comfortable for me. Then in the 8th grade, we had a career course and I had the opportunity to shadow veterinary students at Kansas State University. That, combined with my family background, really sold me on becoming a veterinarian.

When you graduated from K-State were you planning to be a small animal or a large animal veterinarian?

When I went to school, up through my third year in veterinary school, I was going into large animal veterinary medicine. Then in my third year a summer externship fell through and the only externship I could get was in a small animal practice. I really enjoyed it. I went into the army for two years after graduation and when I came out I didn’t have confidence in going right into practice. I was comfortable with large animal practice but not small animal veterinary medicine. I decided to pursue an internship in small animal medicine and surgery and that is where I was exposed to students and clinical teaching. I just loved it. I thought I would go ahead and do a residency, practice in a small animal clinic for 15-20 years and then some day come back a veterinary college as a seasoned practitioner to teach.

It’s interesting that you did an internship at Purdue University, then a residency at the University of Missouri. What led to your decision to stay in academia versus private practice?

I actually went into private practice in Florida for a year, but I missed the students and the teaching hospital environment. I called back to Purdue and asked how I could get a job in teaching. I thought I’d have to go back to school and get a graduate degree. They had an opening and suggested I apply, I did, they hired me and I was there for twenty-two more years.

Can you tell us some of the things you’ve enjoyed most about your career in academia?

I enjoyed the students. They were always energizing and exciting and fun to be around. I also enjoyed supporting faculty career growth and program building. It was at Purdue that I had the opportunity of learning about putting teams of people together – initially it was the cancer team and later the clinical department. Becoming a clinical department head re-engaged me in large animal medicine and re-connected me to my roots.

You have a long list of accomplishments at K-State as dean. Can you tell us what have been the most meaningful successes?

Encouraging other people’s careers is very meaningful to me. I call it student-faculty teamwork coaching — seeing people succeed. The team effort in growing the oncology program at Purdue was exceptionally rewarding. That program is now 35-years-old and still going strong, stronger than ever. I’m also very proud of the strength of the Purdue clinical department – how it grew and became very strong and it continues that way. That’s been very rewarding. Finally, Kansas State has been one of the most enjoyable, rewarding and exceptional growth opportunities that I’ve ever experienced, not solely because of me, but because of all the people that helped pull the wagon. I’m very proud of that. I would be remiss if I didn’t also say that one of the most rewarding things has been to become engaged in the Kansas City Animal Health Corridor. It got me out of my routine and into an interaction with leaders of the animal health industry and that has been really great. I never expected that, it was never part of my vision of what might happen in my life. It’s been really good.

I sat for the examination for internal medicine. After that, once I became involved in oncology I helped create the oncology specialty under the umbrella of ACVIM. That is when I became a charter diplomate. 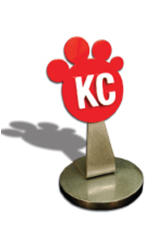 Would you recommend to veterinary students to take this path to two specialties or some other way to distinguish themselves?

I suggest that people simply pursue their passion. If they have a passion that leads to further training or advanced degrees then they should pursue it. If their interest is in primary care, I think they ought to pursue it. If they are interested in industry and corporate business growth they should pursue that. If they pursue their passions and work hard they are likely going to be successful. I looked at internal medicine boards as a credential so I could some day teach if I wanted to, but the oncology specialty grew out of a special love of helping people with older animals that had cancer and also developing animal models for human disease.

With a long, illustrious career as dean of the Kansas State University’s College of Veterinary Medicine and now as interim dean and CEO of K-State Olathe, can you tell us how you got involved with the Kansas City Animal Health Corridor?

I was invited to join the board of directors as one of two deans of the closest veterinary schools in the region. I just started showing up and I immediately saw within the Corridor the application of veterinary education and veterinary practice. These meetings about industry and veterinary medicine were not just discussions of theoretical knowledge but ideas being put into practical applications. These applications could clearly make a difference in veterinary medicine. I saw industry was clearly making a difference – there was clear application of new findings, of marketing for the betterment for the animals and the people who owned them, the companies and the people that worked in the companies.

There have been two significant changes. The first is that we all came together and worked to bring the National Bio and Agri-Defense Facility (NBAF) to the region. It’s now in the process of being completed. It gave an opportunity for industry, academia, the private sector in the region and government to work together. Second is workforce development. Less and less people are coming into the STEM fields (science, technology, engineering, math) and we need that pipeline to be filled for the animal health field and biosciences in general. Reaching out from grade school to high school to college to graduate degrees and coaching people toward careers in companies that populate the Corridor will be vitally important.

Seeing human, environmental and animal health combine will be the next big adventure.

This year you are being honored as the 2015 Kansas City Corridor Iron Paw Award recipient. In 1996, the Indiana Division of the American Cancer Society named you as the Paws Veterinary of the Year. Moreover, in 2003, you were named the Kansas Veterinary Medical Association’s Veterinarian of the Year. What have these awards meant to you personally?

I have been blessed immeasurably and I thank God for the opportunities to have been in places with great people to do the things we’ve done. So many other people have made these things happen- not the least of which is my wife Beverly.