UPDATE! (February 16, 2015) — Ranny Green was a winner this year at the Dog Writers Association of America’s Annual Award Banquet held on February 15th. Our Founder and Editor, Lea-Ann Germinder had the honor of sitting at his table that night, Mary Bloom’s winning table. Read her first hand account of the night’s events, definitely a night to remember!

As Goodnewsforpets marks our 15th anniversary year at Westminster, we decided to take a look behind the scenes at a familiar face to Westminster media who happens to be part of the Goodnewsforpets family now.  A 40-year career journalist, Ranny Green is well known for his iconic Seattle Times pet column, but “retirement” from that column hasn’t slowed him down.  Green may have joined the Goodnewsforpets team last year as a contributing editor, but he’s most known for his service as the co-media director for the Westminster Kennel Club pressroom.  If that wasn’t enough, he also currently writes a monthly feature plus two to three dog-book reviews for the Seattle Kennel Club website. He also is well known for his active rescue work and the award-winning stories he shares. We could not wait to sit down with Ranny, turn the tables and get to know more about the man behind the legendary writing. 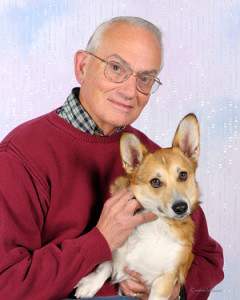 Why did you become a writer?

When I was in junior high school, I decided I wanted to become a sports journalist. Fortunately, I stayed on track through high school in Seattle and later the University of Oregon with terrific teachers and professors. I seemed to have a knack for writing and was deeply involved in sports so it was a perfect marriage. I spent the first 11 years of my career as a sports writer for the Tacoma News Tribune (1961-72), which sent me to the Tokyo Olympics (1964) Indianapolis 500 (1969) and numerous other major sports events in the Pacific Northwest. I was also a beat writer for the Seattle SuperSonics NBA team (1967-72), which meant traveling throughout the country with the Sonics for several months of the year. My final 36 years (1972-2008) were spent at the Seattle Times as a features writer/copy editor.

As an award winning dog writer, what advice can you offer to our readers who aspire to achieve some of the same success you have garnered?

Don’t ever give up on your dream. Research your subject thoroughly and be totally prepared for every interview. Never compromise your integrity between the time you conduct your interview until your story is published. Triple check everything for accuracy, since your credibility is on the line each time a story appears under your byline.

In 2013, you were inducted into the Dog Writers Association of America’s Hall of Fame and you previously served as the association’s president.  What has that honor and involvement with the association meant to you and your work?

The DWAA Hall of Fame honor was humbling. When I look at the other names on that elite list I sometimes wonder if I deserve to have mine alongside theirs. When crafting a story, whether it is an exclusive or simply presenting an all-new angle to some else’s earlier piece, I consider the responsibility of living up to the HOF honor.

Throughout your legendary career you have written countless works, with topics ranging from sports to animals, what are some of your favorite pieces?

My Hurricane Katrina animal-rescue stories in September 2005 and my feature stories from Sandy Hook, Conn., months after the mass shootings at Sandy Hook Elementary School in December 2012. One of my Sandy Hook stories won a DWAA Maxwell Award last year, which I presented to a Sandy Hook student, Samantha Kuruc, who I befriended, along with her mother, Jill, during the interview process.

Even in your retirement, you continue to work and write.  What are some projects you are currently working on for 2015?

You help run the press room for the Westminster Dog Show; what about working with Westminster is the most exciting?

The people. I have made and cultivated countless friendships internationally through 40-plus years of pets writing and covering Westminster for the Seattle Times and now helping coordinate press activities for Westminster. Reconnecting with these talented writers annually is a high priority for me. If I can help them uncover meaningful Westminster features and human-interest stories for their audiences it is a win-win for everyone.

With the upcoming festivities for Westminster Week in NYC, what are you most looking forward to this year?

Best in show, of course, is the culmination to the buildup of several days of activities to this iconic event. For me, again, it is all about enjoying a quiet meal with special friends the days before the event. At my tender age, I am not into all the banquet hoopla, although I do enjoy attending the DWAA awards banquet.

You have a prestigious and award-winning career, what was one experience that you will never forget?

I have to list two here that I mentioned earlier. In 2005 I was embedded with one of the nation’s premier pet-disaster relief organizations, Noah’s Wish, for 12 days post Hurricane Katrina writing pets-oriented stories for the Seattle Times print editions and web site. In that role I was performing the same duties assigned to volunteers there – walking dogs, bathing and grooming dogs, cleaning kennels, unloading vans full of donated pet food, accompanying animal-control officers into homes where pets had been left behind and sitting in on the organizers’ planning meetings for the next day. It changed my life and directed me into volunteering with pet-rescue organizations in retirement. The other was being the first journalist allowed in the schools at Sandy Hook, Conn., following the shootings there. My stories focused on the use, goodwill and legacy of therapy dogs in the Newtown schools the remainder of the school year.

My passion is capturing the heart and soul of the human-animal bond, which is exactly what Goodnewsforpets is all about. I am both thrilled and honored to have my work featured on this prestigious site.

Sometimes journalists get a bit hardened by countless interviews and trying to coax answers out of interviewees. Sometimes the tables are turned and the focus is suddenly on you. Last year at the DWAA banquet when I was presented a Maxwell medallion for my winning Sandy Hook story, I became teary eyed and had trouble choking back my emotions. Months earlier I had listened to young students tell me how much the hands-on therapy dogs in the schools meant to them and allowed them to slowly move forward with their lives. Upon accepting the Maxwell, I announced that I would be making a trip back to Newtown that spring to present it to young Sam Kuruc, the Sandy Hook student. I felt I was bringing this Maxwell home to where it belonged. As I said that tears began flowing and I glanced down for several seconds to gather my thoughts. When I looked up moments later everyone in the hall was standing and applauding. Quickly, I began wondering what that was all about. I asked the presenter and was told they were acknowledging me for what I just announced. It was truly one of life’s special moments I will cherish forever. On Sunday, Feb. 15 I will have the special honor of introducing both Sam and her mother, Jill, at this year’s DWAA banquet.

If you are interested in any of Ranny’s work, some can be found on Goodnewsforpets here.