REGISTER TO RECEIVE NEWS UPDATES >>
You are at:Home»Guest Interview»Transitioning into the New Year with a New Track
By Good News For Pets on February 11, 2016 Guest Interview, Westminster Kennel Club

Gail Miller Bisher, a long-time communications professional as well as dog show judge and exhibitor, has been named Director of Communications for The Westminster Kennel Club. Bisher has more than 30 years of experience in the dog world as a handler, trainer, writer and spokesperson.

She is an AKC-licensed conformation judge and Canine Good Citizen evaluator, with a background including conformation, obedience, herding and earthdog trials. Professionally, she has handled marketing, business development and public relations for The American Kennel Club as well as various dog websites. Goodnewsforpets.com had a chance to catch up with Gail on the eve of Westminster in 2016.

Where did your passion start to get you to begin working in the dog industry?

Dog shows were a family affair throughout my childhood years. I’m a second-generation dog person, so it was a lifestyle from the beginning. My parents were breeders and my mother was a judge and parent club president. My father was our chauffeur to dog shows all over the Midwest until I was old enough to help with the driving.

I’ve always participated in the dog world in some fashion. Even while attending college, building a career and then starting a family. I’ve moved from serious campaigning to club member work to judging and then on to becoming staff at AKC and WKC. 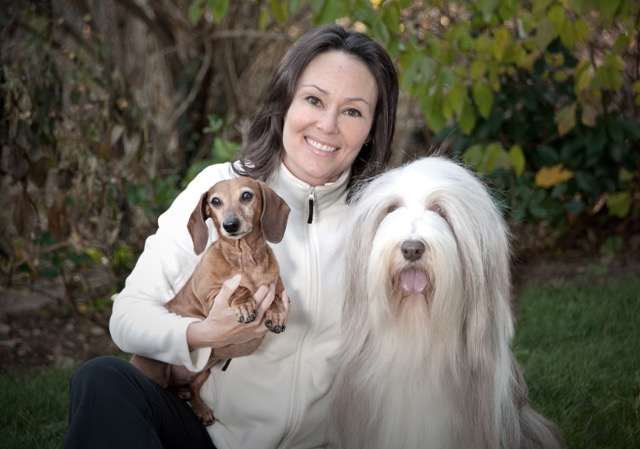 Having experience with marketing, public relations and television; what advice would you give to a young woman working to pursue a career similar to yours?

Dog experience and knowledge is the foundation. Understanding the challenges facing breeders and dog show enthusiasts is an important part of developing your position on current issues. Of course formal education in the mass media field is a huge help as well.

With over 30 years experience in the dog world; what would you say has been the biggest achievements over time for this field?

I think one of the most important achievements in the dog world is including All- American dogs in companion events competition. The days of having defined segments of dog lovers in separate silos is over. Instant media has created a platform whereby these former segments are forced to interact. It is important that the AKC dog sports are inclusive.

Working with dogs, what would you say has been the most challenging experience and how did you overcome that challenge?

My handling experience with dogs is primarily with conformation although I have also titled dogs in obedience, rally, CGC and earthdog. In the conformation ring I was rarely nervous but when I got to the Utility level in obedience I started learning what being nervous was all about! I had a Beardie who earned the first leg on his Utility degree followed by several non-qualifying experiences. It was heartbreaking, frustrating and nerve racking. I had never gotten physically sick from competing at a dog event until that time.

After the recent changes you have made since becoming the new communication director for the Westminster Kennel Club; what do you think has made the largest impact?

This is a transitional year for the position. I joined WKC mid December 2015 so rather late in the production schedule. Since beginning it has been a triple track. One track is learning, the second track is developing my own style and the third track is mapping improvements for next year. I work quickly and in a few directions at the same time and I’m hyper-organized so since starting mid-December its been a strong wave of movement. (Just trying to not hit the sandy bottom too often!) Fortunately I’m surrounded by a strong group of experienced people.

What was it like winning second in the Westminster Kennel Club show and in what ways do you feel the show has evolved over the year?

Of course placing second in Junior Showmanship at Westminster was a huge badge of pride. I was the first Junior to qualify and the first to place with a Bearded Collie. Now as the Bearded Collie Club of America’s club historian that makes me smile even bigger. Firsts for a breed at the Garden are always special.

My Juniors placement was back in the 1980’s, the show today is very different. I’m really excited that WKC has expanded to include agility and obedience competitions giving exhibitors and spectators options for a variety of events. In my opinion, the show committee at WKC has done a super job in recent years of maintaining the club’s high level of prestige and quality while expanding the event.

Do you think that dogs competing in the Westminster Dog Show could benefit from going to your Super Fit Fido Club, where you hold classes about dogs sports fitness training, canine medicine and veterinary physical therapy?

I don’t have time to offer classes these days, but Super Fit Fido Club was created to educate the general dog owner with an overweight dog, not the fancy. The vast majority of exhibitors understand the need to physically condition their dogs for competition. The average dog owner however isn’t aware of the impact being over fat has on the health of their pet. The canine obesity issue mirrors the human overweight epidemic in our country, shortening pet’s lives. The good news is owners can control their dogs’ dietary intake and exercise regimens!

Looking back on how you got to this point in your career thus far, what would you say is your most proud moment while working with or for dogs?

Although working for dog organizations offers many opportunities to be recognized and do good work for dogs. The most cherished moments are of my own dogs and time with my family. Nothing will compare to riding home from a show with my parents after a really nice win. Sharing in the joy together and talking about all the details of the day. Dog sports truly offer unique family memories.