REGISTER TO RECEIVE NEWS UPDATES >>
You are at:Home»News»Dog News»Doggone it! Do you know what national day is September 23?
By Ranny Green on September 23, 2021 Dog News, Guest Column, Holiday

OK, admit it. How many of you are aware that September 23 is National Checkers Day and Dogs in Politics Day?

I didn’t – until I was given this story assignment!

This year’s 69th celebration – one of more than 1,200 proclaimed national days — comes with Joe Biden’s German shepherd Major, the first rescue dog in the White House. Champ, a German shepherd passed away in January 2021 at 13 years old.

Checkers Day dates back to September 23, 1952 when vice-presidential candidate Richard Nixon (he was on the Republican presidential ticket with Dwight Eisenhower) gave a TV (remember, those were the early days of television) and radio address to an estimated 60 million viewers and listeners that became known as the Checkers Speech, a defensive oratory after he had been accused of improprieties tied to a fund established by his backers to reimburse him for political expenses. 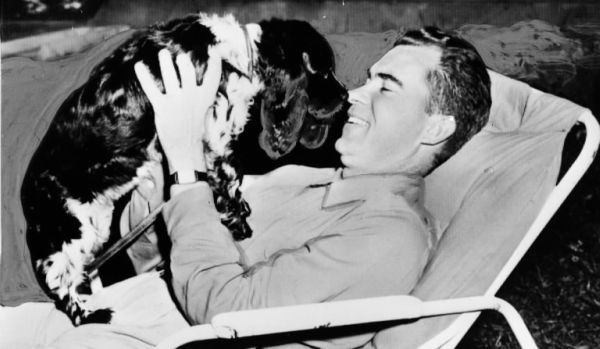 In the speech, Nixon adamantly told the nationwide audience that regardless of what anyone said, he intended to keep one special personal gift – a black-and-white Cocker Spaniel – his daughter Tricia named Checkers.

He said: “A man down in Texas heard Pat (Nixon’s wife) on the radio mention the fact that our two youngsters would like to have a dog. And believe it or not, the day before we left on this campaign trip we got a message from Union Station in Baltimore saying they had package for us. We went down to get it. You know what it was?

“It was a little Cocker Spaniel dog in a crate that he’d sent all the way from Texas. Black and white and spotted. And our little girl – Tricia, the 6-year-old – named it Checkers. And you know, the kids, like all kids, love the dog and I just want to say this right now that regardless of what they say about it, we’re gonna keep it.”

Following the speech, Checkers became legendary with the media and the electorate, taking the focus from defense to dogs. This, historians say, helped enable Nixon to remain on the GOP ticket.

Dogs will always be a mixed bag of ancestry and character, and, in most administrations, a part of White House lore, from George Washington to Barack Obama. Among the first president’s pooches were a pair of C oonhounds named Drunkard and Tipsy. Who knows what prompted those tags. 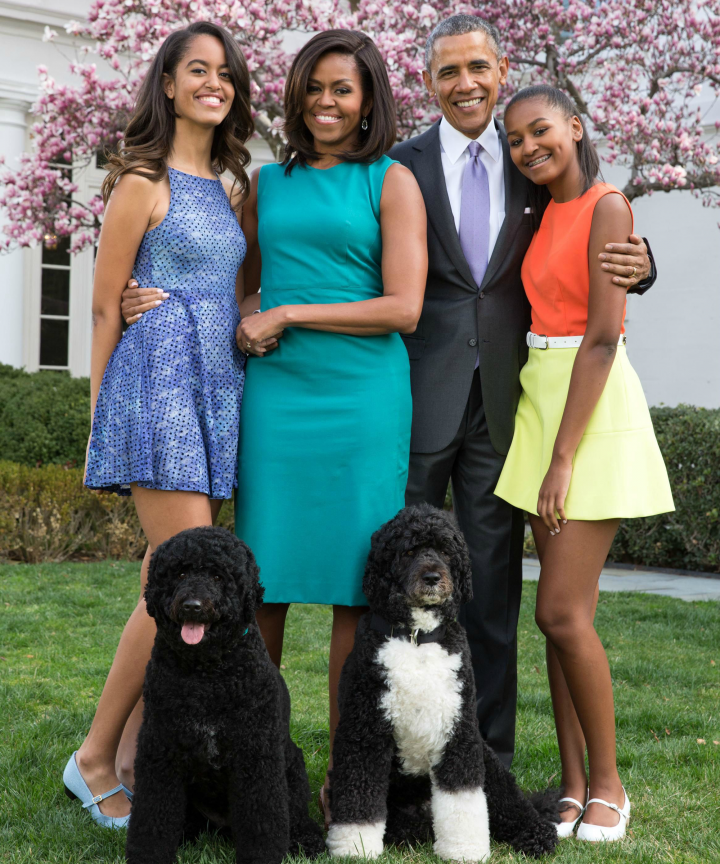 FDR’s Fala, found itself the focus of a 1944 presidential speech to the International Brotherhood of Teamsters, Chauffeurs, Warehousemen and Helpers of America, prompted by a political attack on Fala.   The president defended his dog’s honor:

“These Republican leaders have not been content with attacks on me, or my wife, or on my sons. No, not content with that, they now include my little dog, Fala. Well, of course, I don’t resent attacks, and my family doesn’t resent attacks, but Fala does resent them. You know, Fala is Scotch, and being a Scottie, as soon as he learned that the Republican fiction writers in Congress and out had concocted a story that I had left him behind on the Aleutian Islands and had sent a destroyer back to find him — at a cost to the taxpayers of two or three, or eight or 20 million dollars — his Scotch soul was furious. He has not been the same dog since. I am accustomed to hearing malicious falsehoods about myself — such as that old, worm-eaten chestnut that I have represented myself as indispensable. But I think I have a right to resent, to object to libelous statements about my dog.”

And while many of us tire of political rhetoric and the daily in-fighting, toss it aside today, September 23 for Dogs in Politics Day. Whether it’s in the White House or the statehouse, it’s just another reminder of the refreshing magnetism of dogs, which level life’s playing field for all of us.