Cat expert Joan Miller received the 2017 AVMA Humane Award on Friday night in recognition of her contributions to feline welfare. 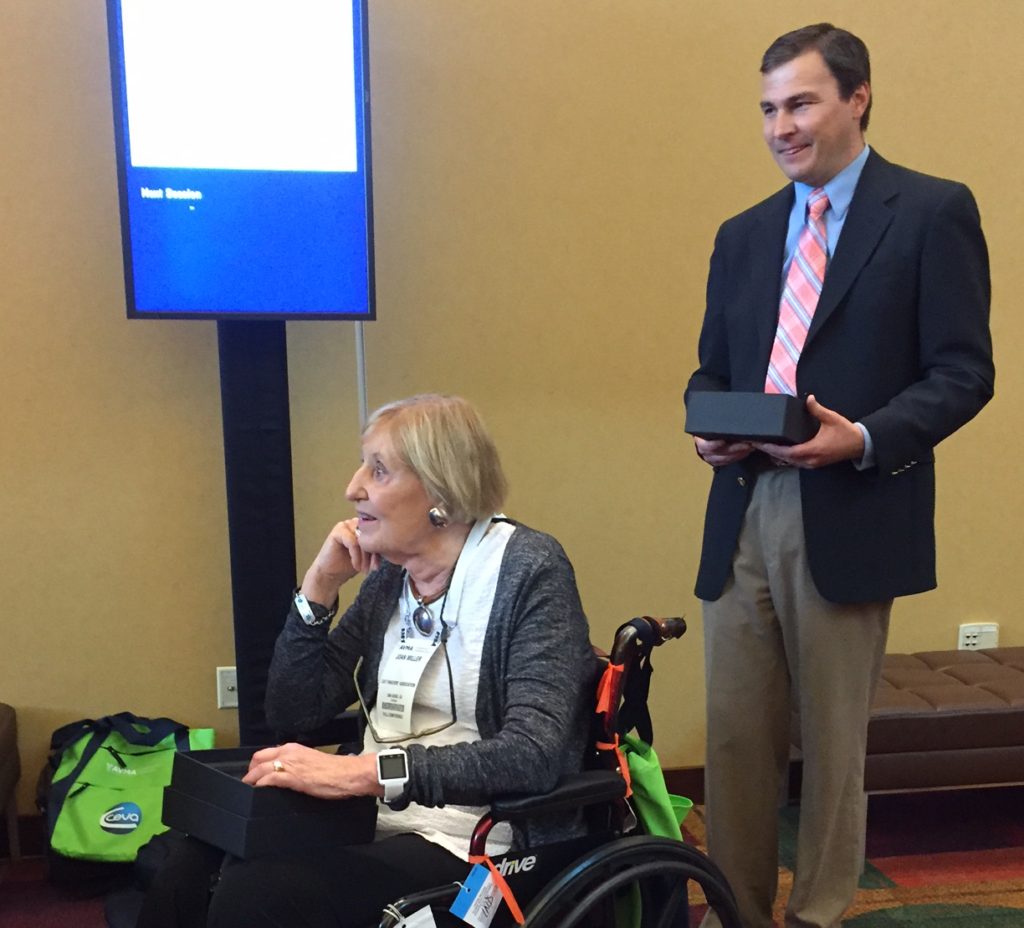 Miller has had a storied career in cats, serving on the board of the Cat Fanciers Association for more than 25 years and as president of the Winn Feline Foundation for 16 years, where she established the inaugural Symposium on Feline Health.

Joan Miller was instrumental in establishing the Feline Fix by Five program, including setting up the Veterinary Task Force on Feline Sterilization to develop recommendations for the age at which kittens should be spayed or neutered. She also spoke at humane conferences, cat shows, pet fairs and other events on the best ways to handle fractious cats, expertly taking cats she had never before met and demonstrating how to touch them kindly and quickly gain their trust. She led shelter seminars on handling stressed cats, minimizing stress in cats, and how to encourage cat behavior that would improve a cat’s chances of adoption.

As a spokesperson for the cat fancy, Miller fought anti-breeder legislation on Capitol Hill and educated veterinary students and the public on the origins of cat breeds, says Lorraine Shelton.

One example illustrates Joan’s leadership and foresight. When Dr. Paul Pion (then an aspiring DVM and researcher at UC Davis) approached Winn for funding his proposed study on the role of taurine in feline heart health, Joan recognized the potential of this research for cats and persuaded Winn to approve special funding outside Winn’s standard process.

“Don’t stand in front of Joan when she sees something that needs to be done for the betterment of cats,” Dr. Thayer says.