The Council on Parasite Control (CAPC)  just published its first guidelines on mosquito control. The guidelines were authored by Dr. Byron Blagburn, a past-president of CAPC and a well-known speaker in veterinary circles. Goodnewsforpets columnist Kim Campbell Thornton interviewed Blagburn about his development of the guidelines and what this all means. 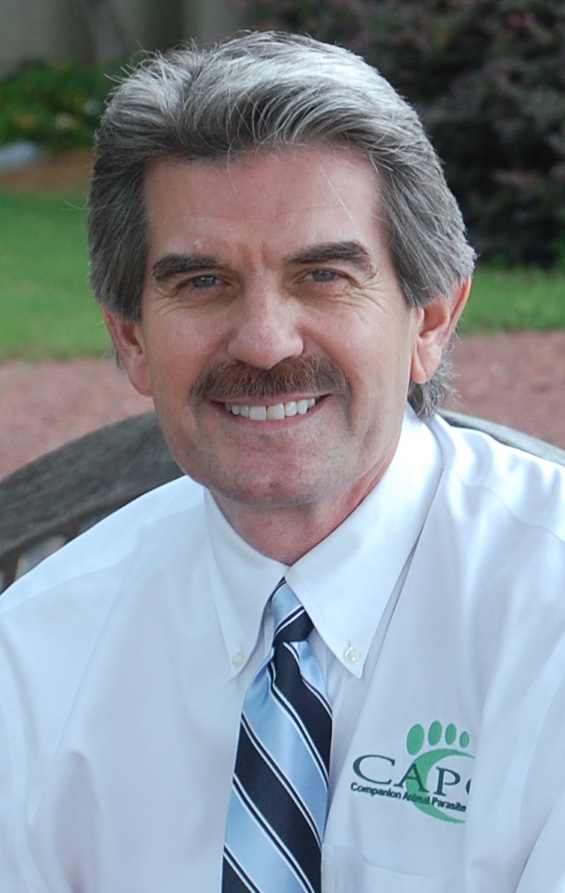 Mosquitoes seem to be public enemy number one when it comes to disease transmission, although ticks are certainly giving them a run for their money. What’s causing the increased presence of mosquitoes in places where they typically haven’t been seen before?

I think the answer to your question is that they can increase because of changing environmental conditions, and mosquitoes can be mobile. Certain species do have longer flight ranges, and of course they’re carried around, wafted on air currents. But I think mosquitoes, probably more than any other potential vector, are affected by climate, particularly rainfall, because they require water in some form for reproduction. Any time that we have a season or seasons that are rich in rainfall and moderate temperature, then certainly the numbers within species increase. Other species can extend their ranges, but generally over shorter distances and in extreme cases over long periods of time.

I think the strength of mosquitoes as a vector in their movement is their diversity and their abilities to adapt to different hosts and that changing environmental conditions can enhance their development and survival.

What are the most significant changes in the new CAPC guidelines? What’s the most important element of them for veterinarians and for pet owners?

We continue to update, modify, edit, and change the CAPC guidelines to match up with or to fit changing scientific data and knowledge. If I were to choose one relevant to CAPC is the recent production – and I was responsible for writing them – of guidelines that overview mosquitoes, their biological behavior and the diseases they transmit and the methods of control.

CAPC now provides as a comprehensive resource information on mosquitoes and gives the veterinarian and the pet owner some insights as to just how diverse they are and their potential for transmitting disease.

The guidelines emphasize the importance of mosquitoes, their diversity in terms of habitat, development, and disease transmission; as well as their importance in heartworm disease and how new research has indicated that use of mosquito control strategies can aid in the prevention of heartworm infection.

Until recently we’ve focused mainly on oral or injectable heartworm preventives in fighting the disease. How is the double defense protocol of the preventive combined with mosquito repellent going to change things?

It provides us with more insurance, a greater likelihood that we will prevent transmission of heartworms to protected pets. Double defense essentially is a multimodal strategy that incorporates mosquito control in combination with heartworm prevention. Heartworm prevention by oral, topical, or injectable routes of administration actually interrupt the parasite’s development, heartworm development once it’s already in the host.

The addition of a topical product that prevents mosquito feeding adds a second element of protection to the pet. Not only do you prevent heartworm infection if the pet is on compliant prevention, but you prevent the likelihood that that pet will be bitten by a mosquito.

We’re starting to see resistance to heartworm preventives. Can you talk a little bit about why that’s occurring?

Heartworms will find a way to survive and succeed, and resistance in the use of any drug is going to happen. When we apply either drugs, or in the case of heartworm, heartworm preventives, we select for the ones that we can kill and we leave the ones that we can’t. Heartworm is no different than any other potential pathogen in that it can develop resistance to just about anything given enough time and the right circumstance.

Why has it taken longer than most agents like bacteria or maybe viruses? Two things: You have a very long life cycle and you have the necessary movement through a vector, in this case the mosquito. The complexity of the lifecycle has helped the drug in this sense increase its longevity. But resistance occurred in areas where heartworm is very common first. We now see evidence that it occurs in other areas and that it spreads. So, resistance is inevitable.

The incidence of heartworm is increasing. Why do you think compliance in giving preventives is so poor?

The incidence is increasing for several reasons. I think it’s due to compliance in part. I think it’s due to movement of pets, particularly the rescue initiatives, where dogs in the south are moved to the north prior to treatment. It’s due to wildlife, wild canids that are themselves infected that serve as a source of infection. There are certainly several different avenues in which heartworm can continue to spread and continue to remain prevalent in a population of pets.

Compliance is certainly among them very important. We know that if we look at statistics, less than two-thirds of pets leave veterinary hospitals in areas where heartworm is endemic, common, without sufficient heartworm protection to protect either the entire pet population in the house or pets for the entire transmission season. Why is that? Some of it is probably economic, the ability to afford it. Some of it is decision-making on the part of the pet owner, when they think they need prevention and when they don’t. Some of it is probably less aggressive measures at the point of veterinary-patient interaction to emphasize prevention.

Where has heartworm incidence increased that might be a surprise to people?

I think it’s in areas where heartworm was either less common or perceived not to be common at all. If you look at the CAPC maps, for example, in the 2016 forecast, heartworm is emerging as a serious potential threat in the northern tier of the central United States, which historically has been an area where heartworm isn’t common. That sort of interface between heartworm and endemicity, like the southeast and other regions of the country, is spreading northward and increasing northward.

Cats get heartworm disease, too. Can they benefit from the double defense strategy, even if it’s indirectly?

The treatment for heartworm disease is painful and potentially dangerous. Are new or better treatments in the works?

No. Our only approved method of eliminating adult heartworms from dogs is to use an arsenic-containing compound. What you’re doing with arsenic is you’re hoping that you’ll kill the heartworm without killing the dog. And the therapeutic index, which is the difference between the dose that is toxic to the host and the dose that eliminates heartworm in the host is a factor of three. You can see by that that you’re dealing with a potentially toxic drug that can have profound effects on many organ systems in the host. It’s expensive, and it can be painful to administer. It can create reaction at the injection site. So, treatment of heartworm is not the ideal approach to elimination of heartworm. Prevention of heartworm remains the cornerstone of eliminating heartworm in an area.

Mosquitoes versus ticks: Which one is worse when it comes to disease transmission?

That’s like saying, “So which is worse: an alligator or a mountain lion?”

I think it depends on where you are. Certainly, in certain parts of this country ticks are more important vectors than mosquitoes, but with heartworm considered and its endemicity in the southeast, you would probably have to say that heartworm and the risk of exposure to mosquitoes is probably more important than ticks.

One more question. Do we know if pets get itchy from mosquito bites the way people do?

We know that cats, for example, suffer from what we call a planar dermatitis, and that’s the area just above the nose, which is an allergy to mosquito bites, so clearly one would presume that exposed areas of the skin in the dog could likely also exhibit some allergic reaction. So, the answer is yes, absolutely. There’s no reason why we shouldn’t presume that pets are irritated by mosquito bites and suffer allergic reactions to it. In the mosquito guidelines we note that anaphylaxis, which is a very severe, life-threatening, immune-mediated reaction, doesn’t occur very often with mosquitoes. But local irritation at the site of the bite is likely a common occurrence for both humans and pets and the irritation is likely to occur in either host.

To learn more about CAPC visit capcvet.org and their new website for pet parents, petsandparasites.org.