The American Kennel Club (AKC®), the world’s largest purebred dog registry and leading advocate for dogs, is pleased to announce the second round of the AKC Paw of Courage award recipients, to show appreciation for the many sacrifices that working dogs make while serving and protecting our country. This award specifically recognizes the extraordinary sacrifices of dogs who have been severely injured or killed in the line of duty.

“These canine heroes have proven to be fearless and devoted,” said AKC Vice President Gina DiNardo. “They continuously put their lives on the line without hesitation and each of these dogs has made a significant sacrifice in the line of duty to protect us. They have truly touched the lives of many and we are proud to honor them with the AKC Paw of Courage as a symbol of our gratitude.”

The second round of 2016 AKC Paw of Courage recipients are: 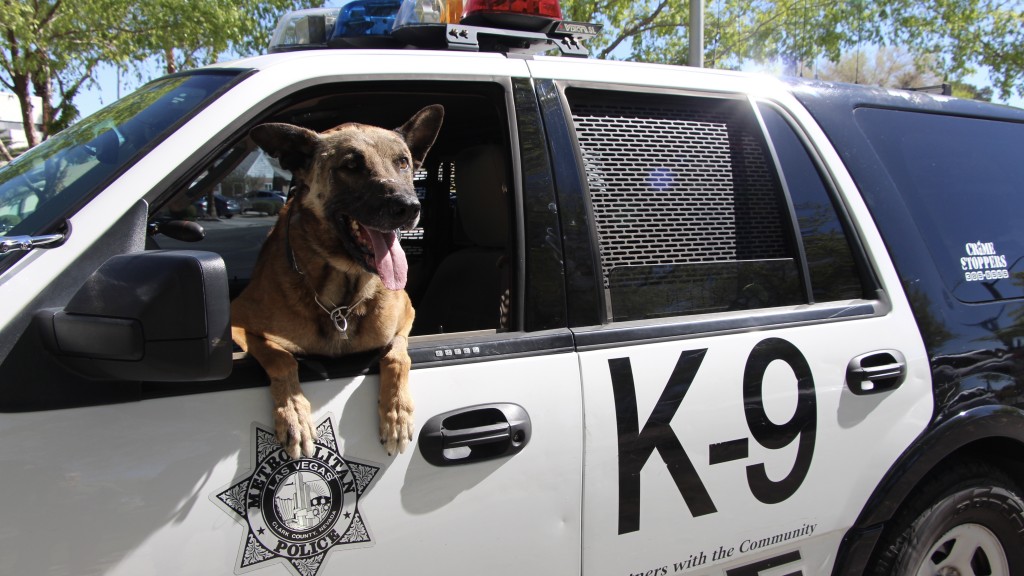 K9 Nicky was an eight-year-old Belgian Malinois of the Las Vegas Metro Police Department in Nevada. He had been part of the department for over five years when he was shot and killed while responding to an incident with his handler, Sergeant Eric Kearns. The suspect was walking through a neighborhood reportedly shooting at people randomly. He had murdered two innocent people and was threatening the rest of the neighborhood. Nicky was deployed as officers attempted to take the subject into custody. During the course of apprehending the suspect, a firefight ensued between the suspect and the police and Nicky was killed during the shootout.

At the time of his tragic death, Nicky had only been back on duty for a little over a month after recovering from a previous incident where he was severely wounded. Nicky was deployed to apprehend a suspect who had been barricaded for over 12 hours. He quickly engaged the suspect who was armed with a machete and viciously attacked K9 Officer Nicky. He was rushed to the emergency vet where he underwent surgery to repair the machete wounds to his face, chest and paws. Nicky made a quick recovery and was anxious to get back to work, returning to full duty just 3 weeks after the incident. Sergeant Kearns says that even with scars on his face, it was clear that Nicky was happy to be back at work. During his career, Nicky had 99 apprehensions of suspects who had committed various crimes including burglary, robbery and murder.

Even as a puppy, Nicky’s potential was clear. He began his training in KNVP, the royal Dutch Police Dog Training program where he titled as a PH1 with honors. Nicky was a courageous, strong and driven K9 Officer. He enjoyed his work tremendously whether he was right in the action, searching for and apprehending suspects or just driving around with Sergeant Kearns, patrolling the streets of Las Vegas. K9 Nicky was a true hero who made the ultimate sacrifice to serve and protect. Nicky is deeply missed by Sergeant Eric Kearns as well as the entire Las Vegas Metro Police Department. 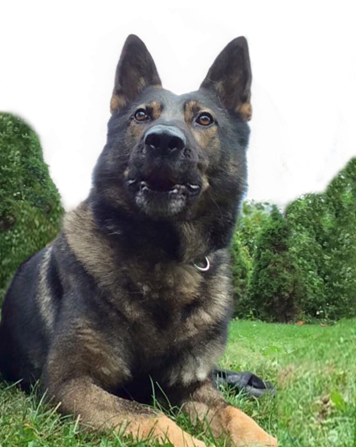 K9 Aren, a five-year-old German Shepherd Dog of the Port Authority of Allegheny County in Pennsylvania, was stabbed to death during an apprehension this past January. K9 Aren, along with his handler Officer Brian O’Malley and other officers, had engaged a subject in a foot pursuit following an incident at the Wilkinsburg transit station. K9 Aren located the subject and was released to attempt an apprehension. The subject stabbed and killed K9 Aren before being fatally shot by the officers on scene.

Aren was trained in patrol tactics, and explosive detection as well as SWAT K9 operations. He assisted in numerous arrests throughout the transit system as well as performing daily explosive sweeps. K9 Aren was a treasured K9 Officer and will always be remembered by the Port Authority Police of Allegheny County as well as his partner, Officer O’Malley.

Jethro was an AKC registered German Shepherd Dog of the Canton Police Department in Ohio. In January 2016, Jethro and his handler Officer Ryan Davis, responded to an alarm at a grocery store. As the pair entered the warehouse area, Jethro quickly picked up on the presence of a person and went to investigate. The subject was located and when he continued to disobey officers’ commands, Jethro was deployed. The subject opened fire, shooting Jethro multiple times before fleeing on foot. The suspect was later apprehended a short distance away. Jethro was rushed to the Stark County Veterinary Emergency Clinic where he eventually succumbed to his wounds

Jethro was brought home at 8 weeks of age as a family pet with the intent of possibly becoming a working dog. In November of 2014 Officer Davis’ first partner retired and Jethro had been screened and had begun his official schooling to become Davis’ next partner. Officer Davis and Jethro handled hundreds of calls together including alarms, trouble calls and burglaries. Officer Davis describes Jethro as a giant gentle beast. He says Jethro was “a 105 lb lap dog who could apprehend a criminal and then turn around and play with neighborhood kids.” He says that Jethro was “loyal to the end” and will be missed terribly. 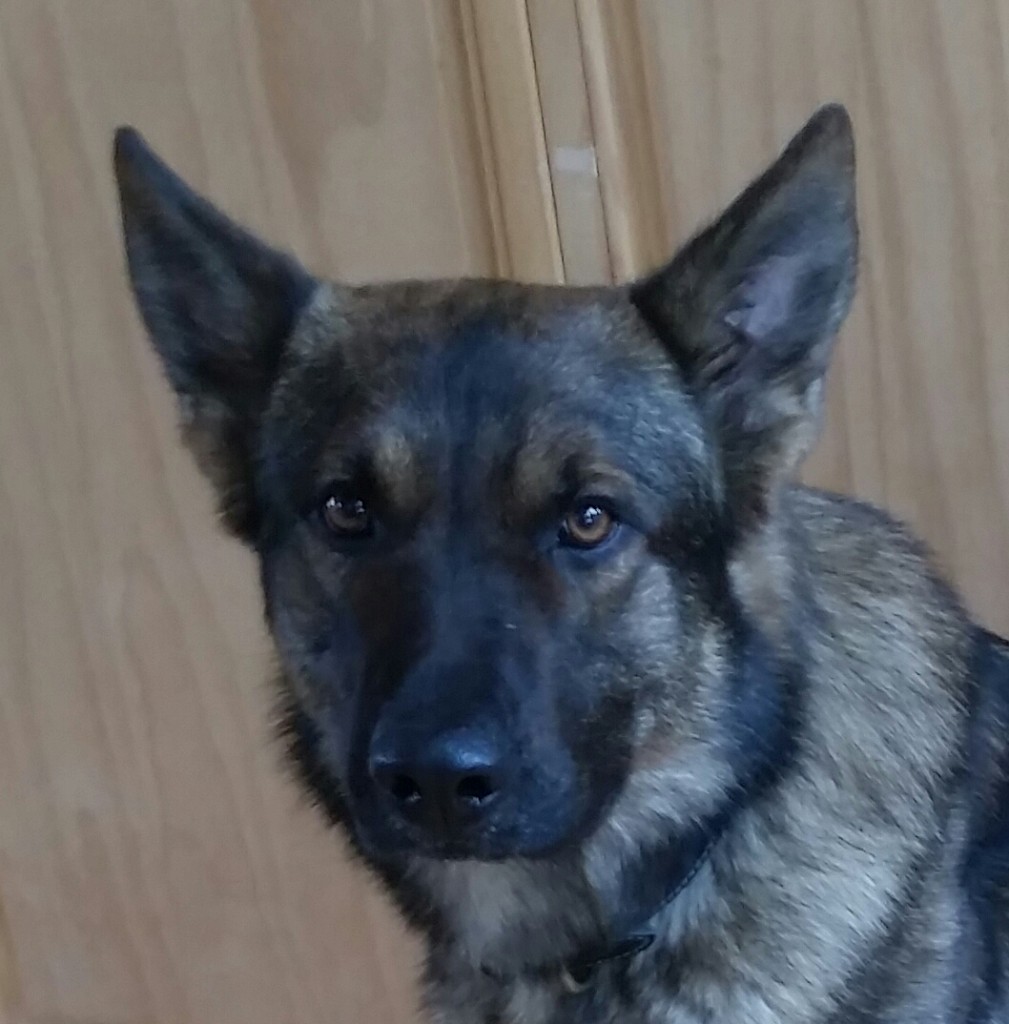 Patrick was a three year old German Shepherd Dog of the Washington State Patrol in Washington. This past April, Trooper Mike Allan and his K9 partner, Patrick, participated in explosive detection training at the AMTRAK Seattle Sounder Station. During the training, Patrick screened two ferry loads of cars for explosives at Coleman Ferry Terminal. After conducting his work, Trooper Allan saw Patrick was in distress and rushed him to a vet. Patrick was suffering from tangled intestines and immediately underwent emergency surgery in attempt to save his life. The surgery was not successful and Patrick had to be euthanized later that night.

Trooper Allan and K9 Patrick started their career together at Lackland Airforce Base in Texas in October 2015. In December 2015, Patrick and Trooper Allan became a certified K9 explosive team and served the citizens of Washington faithfully. Trooper Mike Allan and all members of the Homeland Security Division are mourning the loss of the courageous and loyal K9 Officer Patrick. 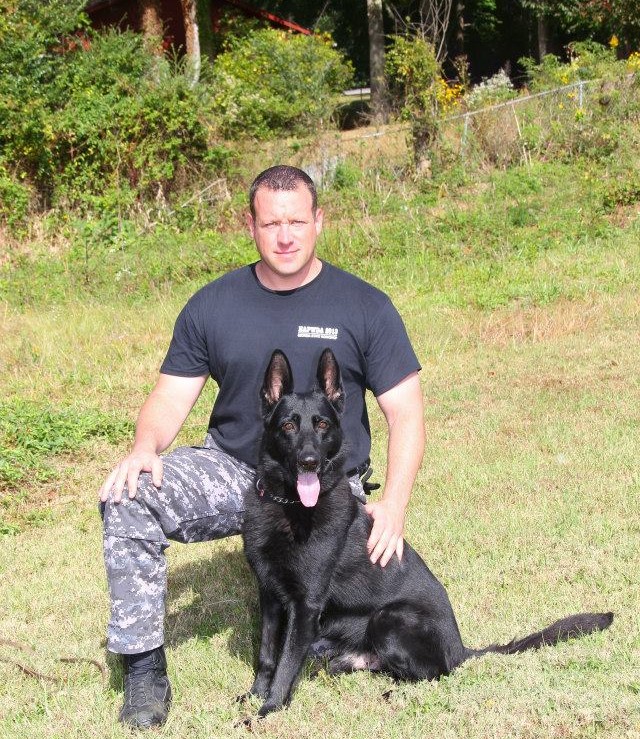 K9 Tryko is a 12-year-old German Shepherd Dog of the Doraville Police Department in Georgia. He began his career as a police dog for the City of Doraville in 2006, and is now in his 10th year of service. This past April, K9 Tryko and his handler, Officer Jason Deyette, were assisting the U.S. Marshals Service Fugitive Taskforce in a search for a man wanted for numerous felonies across multiple counties. Tryko located the suspect hiding in a house and was stabbed in the mouth as he moved in to apprehend him. He lost a great deal of blood and sustained a number of punctures and lacerations to his tongue and mouth. Tryko healed and returned to full duty in about a month. Since returning to work after his injury, he has already had a number of apprehensions.

Tryko is trained in patrol work as well as narcotics detection. Over his exceptionally long career, he has been responsible for approximately 700 suspect apprehensions and 600 drug seizures; being directly involved in recovering nearly one million dollars in drug money. Tryko has met hundreds of children at schools, churches and community functions during K9 demonstrations.  He has also been called upon to assist many federal agencies including FBI, DEA, ICE, and the US Marshalls Service. In 2014, K9 Tryko was able to track, locate and apprehend a suspect who had shot and wounded two DeKalb County police officers a few hours prior. To Officer Deyette and the Doraville Police Department, K9 Tryko is considered a legend. According to the department, he is one of a kind and a truly special police dog. The sacrifices that he has made throughout his career are truly appreciated.

About the American Kennel Club
Founded in 1884, the American Kennel Club is a not-for-profit organization, which maintains the largest registry of purebred dogs in the world and oversees the sport of purebred dogs in the United States. The AKC is dedicated to upholding the integrity of its registry, promoting the sport of purebred dogs and breeding for type and function. Along with its more than 5,000 licensed and member clubs and its affiliated organizations, the AKC advocates for the purebred dog as a family companion, advances canine health and well-being, works to protect the rights of all dog owners and promotes responsible dog ownership. More than 22,000 competitions for AKC-registered purebred dogs are held under AKC rules and regulations each year including conformation, agility, obedience, rally, tracking, herding, lure coursing, coonhound events, hunt tests, field and earthdog tests. Affiliate AKC organizations include the