During the upcoming Westminster Kennel Club (WKC) dog show, the American Kennel Club will present “The Art of Winning Westminster,” a unique art exhibit portraying past Westminster Best in Show winners. The display will include eleven works of art from the AKC collection, including seven paintings and two bronzes of previous “top dogs,” a 1906 trophy and an 1879 certificate awarded at the WKC’s third show.

The exhibit will be available for viewing Booth # 3 at Pier 94 (55th Street and the West Side Highway), where the day judging for the WKC will be held Monday and Tuesday, February 10-11, 2014.

The pieces to be exhibited include: 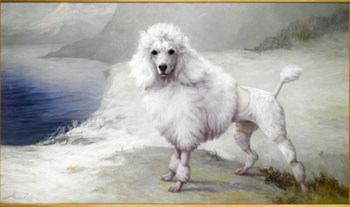 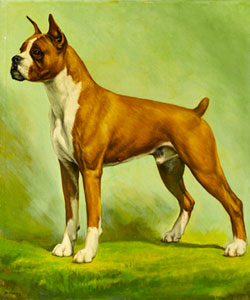 The AKC art collection consists of more than 200 pieces, making it one of the largest purebred dog art collections in the world. It spans four centuries, with the majority of works created by 19th and 20th century European and American artists. The bulk of the collection is at the AKC headquarters, 260 Madison Avenue, New York City, 10016. Tours are available by appointment: 212-696-8234, jxc@akc.org.